BACK FROM THE BRINK

Today is World Rhino Day, so we are celebrating all things rhino. Just for fun, here are our three favourite facts about these mud-wallowing giants:

The world rhinoceros originates from the Ancient Greek word ‘nose-horn’.

Rhinos communicate with each other through their poop (or ‘dung middens’).

A group of rhinos is collectively known as a ‘crash’. Quite apt, given their formidable size and speed. They are the second-largest mammal in the world and can run up to 60 km per hour – a force to be reckoned with! 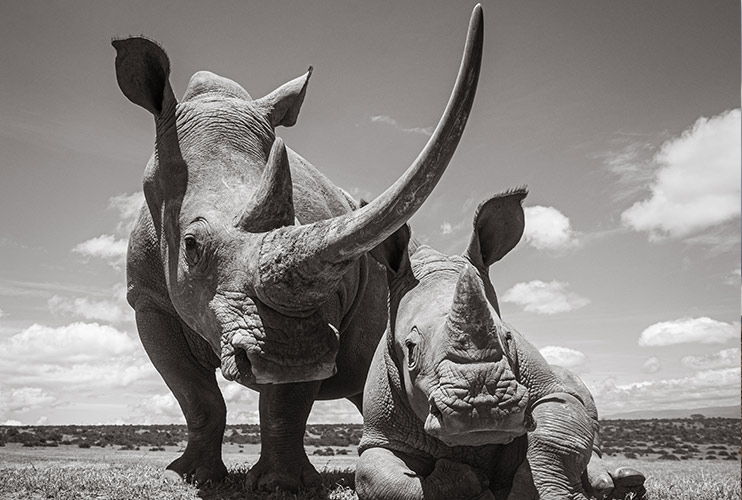 Formidable though they are, they are also extremely fragile, which is why rhino conservation efforts are vital. For the northern white rhino, efforts are more urgent than ever before, as there are only two remaining on the planet. Meet Fatu and Najin, the last surviving females who live under 24-hour armed guard in Kenya’s Ol Pejeta Conservancy. 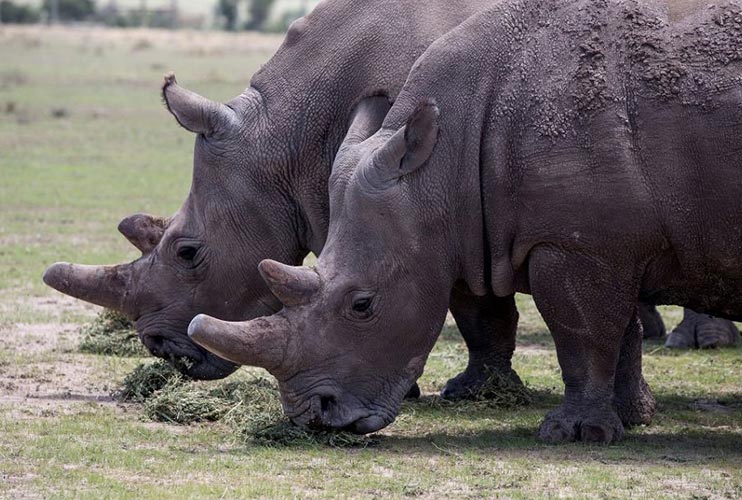 The future of this subspecies now lies in the hands of scientists. ©Reuters -Baz Ratner

BACK FROM THE BRINK

A scientific breakthrough earlier this month has offered a glimmer of hope for this extremely fragile species. Scientists in Italy have created two viable northern white rhino embryos using eggs harvested from Fatu and Najin and frozen male sperm of the same species.

Due to medical reasons, Fatu and Najin are both unable to carry a pregnancy so a surrogate mother will be used. 45-year-old Sudan was the last surviving male northern white rhino who died in March 2018. He was famously dubbed ‘the most eligible bachelor in the world’ after his Tinder profile was set up to raise funds for the ground-breaking rhino IVF procedure. 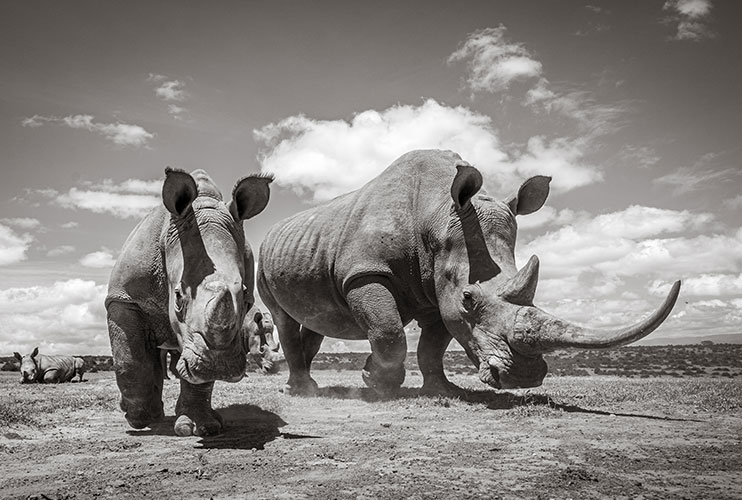 At The Safari Collection, we are lucky enough to have two of our properties in areas where we frequently get to marvel at these prehistoric-looking giants. Solio Lodge is located within a premier rhino breeding sanctuary where game drives can lead to unbelievable sightings of up to 40 rhinoceros at a time. And Sala’s Camp, which borders the edge of a dedicated black rhino sanctuary in the remote south of the Masai Mara. 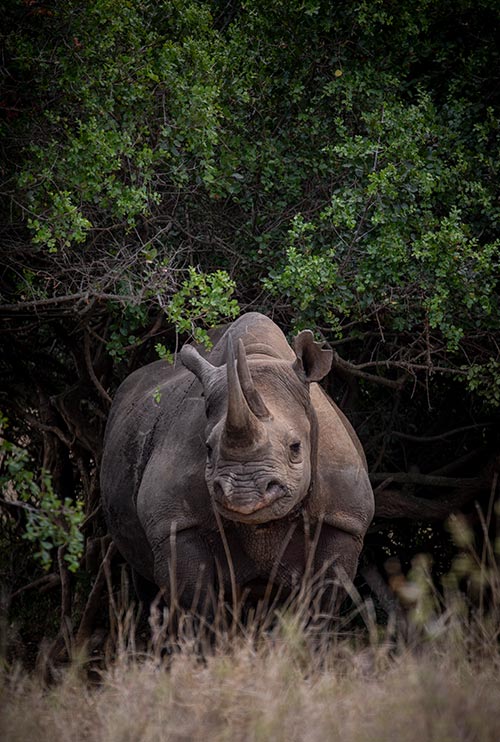 Helping us fight for this threatened species is one of our partners, the US-based apparel company American Rhino. Strongly focused on empowering, educating and giving back, their sales raise funds for wildlife conservation in East Africa.

In March this year, American Rhino donated a 4 x 4 vehicle to help rangers near Sala’s Camp monitor rhino populations and collect health statistics. Such support is a real morale boost for the dedicated rangers. 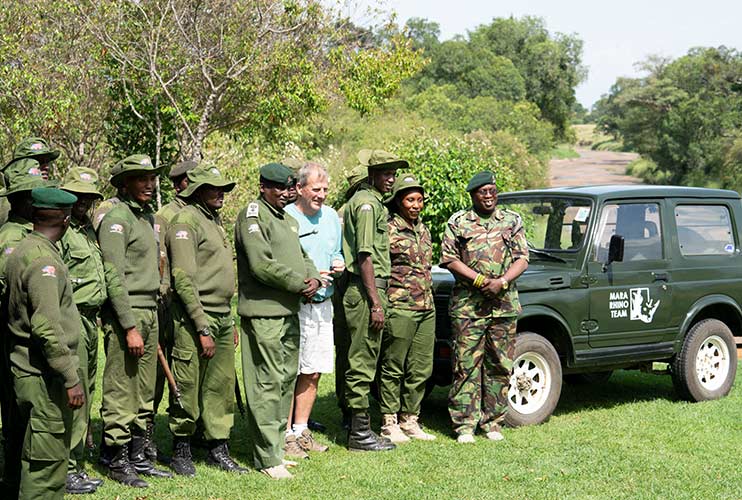 During the same month, we teamed up with American Rhino again to take a group of children and teachers from Laburra Primary School near Solio Lodge on their first ever safari. The children got to experience an exciting game drive, including close encounters with the iconic wildlife their country is famed for. We hope that initiatives like this one will help inspire the next generation of future conservation heroes. 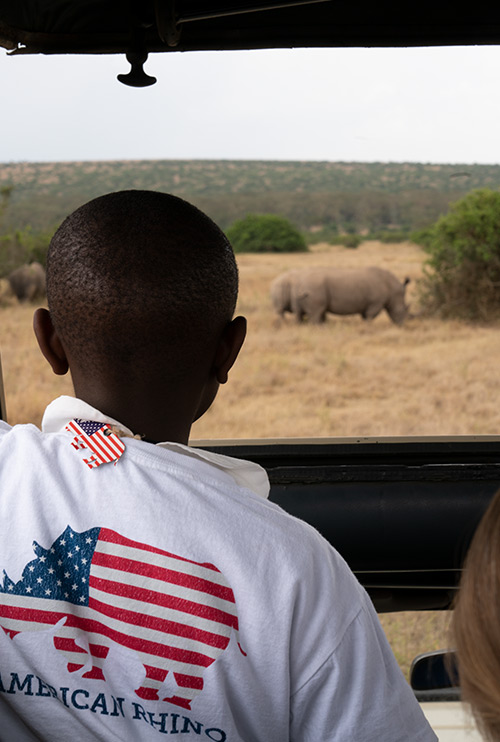 The next generation of future conservation heroes exploring Solio’s wilderness.

If you’d like to experience what it feels like to come face-to-face with these magnificent horned beasts in the wild, then get in touch.