On Tuesday the planet celebrated World Cat Day and today we observe World Lion Day. To celebrate, we want to praise the work of our team in the Masai Mara at Sala’s Camp for their efforts to assist with the conservation of lions and other big cats in Kenya. 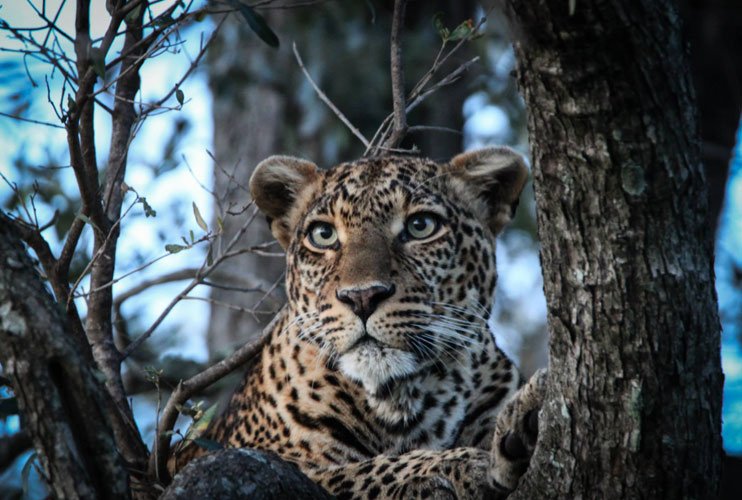 THE IMPORTANCE OF CONSERVATION

We all love seeing the big cats on safari and in Kenya’s main reserves we are lucky to find them in abundance. However our big cats are in danger. All over the world they are increasingly threatened by habitat destruction and human wildlife conflict. Many safari goers are unaware that iconic species such as lions and cheetahs are becoming highly endangered in most of their ranges, more so than even rhino and elephants! It is thought that there used to be over one million lions roaming free in Africa. Today the number has fallen to as low as 20,000 of which 2000 live in Kenya. The number of cheetahs remaining in Africa today is thought to be between 5000 to 7000 and approximately 750 remain in Kenya.

Lion cubs at dusk near to Sala’s Camp

WHAT ARE THE THREATS?

The two main threats facing the big cats are habitat loss and human wildlife conflict. The human population is growing rapidly and taking up more and more space for farming and habitation leaving the wilderness once available to wildlife small and fragmented. In areas where people and wildlife co-exist there can be conflict. In these areas big cats kill livestock and often, in return, the farmers take revenge by killing the cats. Many predators across Africa are killed by traps and by poisoning each year. 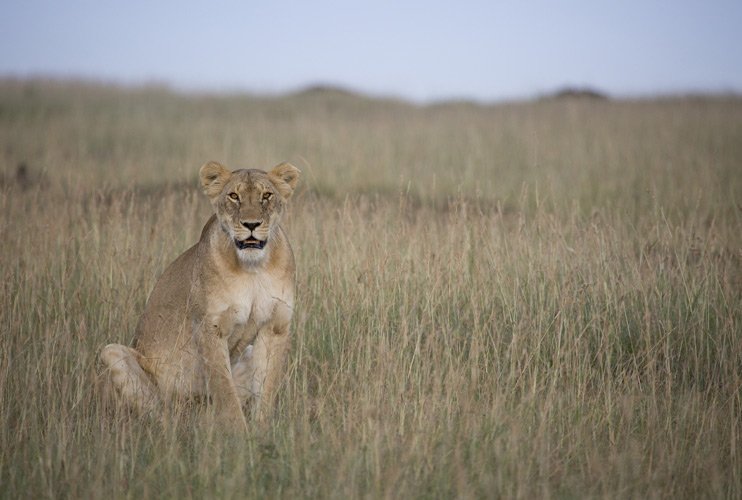 At Sala’s Camp we run a dedicated conservation vehicle which drives out into the Masai Mara National Reserve every day to monitor the big cat populations in the isolated southern sector and report on their behavior, numbers and health. The car is driven by the experienced “Mrefu” Oldapash who grew up on the edge of the reserve and is famed for having the best spotting eyes in the Mara. Every day he collects data on the movements of the cats using a camera and a GPS to record his movements and positions. This data is fed back to conservation scientists enabling them to better understand the social structures and population numbers of cheetahs, lions and leopards that we are lucky to see at Sala’s Camp everyday. 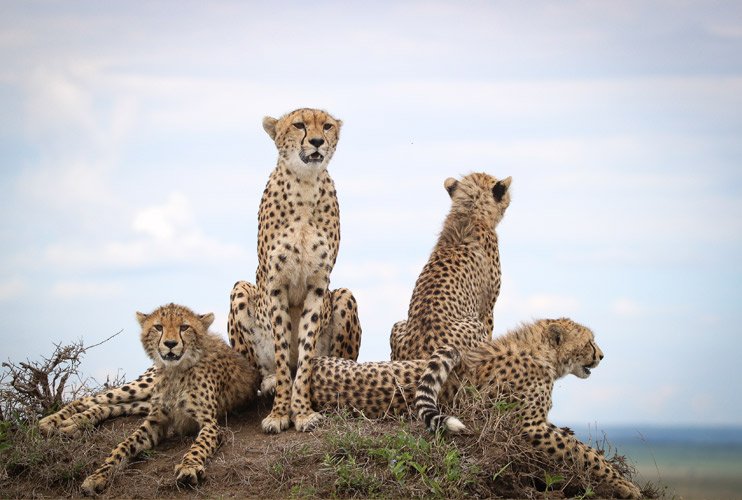 Cheetah mother and cubs on the lookout

Sala’s Camp is also very proud to partner with the Mara Cheetah Project and the Mara Lion Project which are both run and funded by the Kenya Wildlife Trust. They were set up to establish estimates of the cheetah and lion populations in the Masai Mara and to work on conservation initiatives with the Maasai communities living around the reserve. The camp provides logistical support to the scientists and hosts them regularly. Our guests at Sala’s Camp are able to meet the researchers and visit their centre in order to find out more about their important work and why their role as tourists and donors is critical in ensuring the survival of big cats in Kenya into the future. 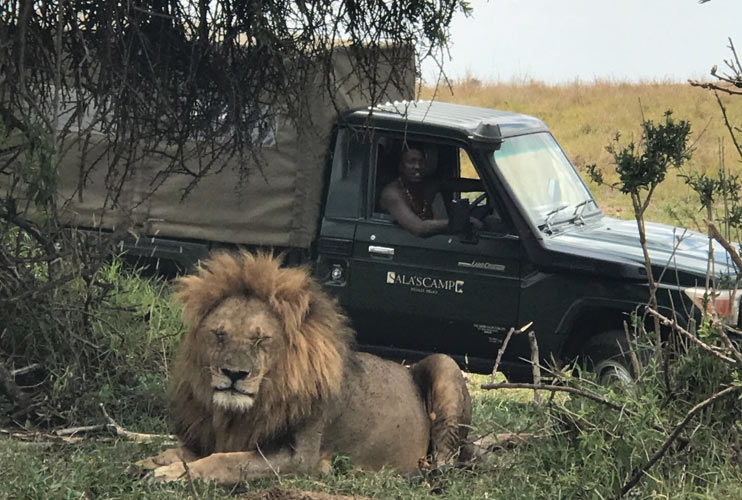