Rhinos once roamed Africa in their millions. Tragically, the lust for their horn has seen them nearly wiped out entirely in our recent past. At the turn of the twentieth century, less than 100 white rhinos remained. During the 1970s and 80s large scale poaching saw black rhinos drop by a staggering 96% to 2,410 individuals in 1995.

Thankfully, focused conservation efforts have seen rhino populations recover, although black rhino remain ‘critically endangered’ and white rhino ‘near threatened’. Today, the population of black rhino is around 5,500 individuals. Importantly, their geographic range has also increased as they are re-introduced into areas that had previously seen them wiped out.

The area around Sala’s Camp is lucky enough to have the largest naturally occurring group of black rhinos left in Kenya. A team of Rhino Rangers are employed 24 hours a day to monitor and protect these vulnerable creatures from poachers. For every guest that stays at Sala’s Camp, we donate US$ 5 to support the Rhino Rangers’ training programmes, repair their cars, buy new uniforms and provide vital equipment for their work.

Black rhino were first brought to Solio Ranch in 1970 and since then it has become the most successful rhino breeding sanctuary in East Africa.

The history of this pioneering sanctuary began when it was purchased in 1966 as a cattle ranch by American-born Courtland Parfet. Passionate about conservation, he fenced off a large area to protect the indigenous wildlife, including buffalo, zebra, gazelle and leopard. In 1970, Parfet was called upon by the Kenya Wildlife Service to help temporarily house five black rhinos which had been left isolated as a result of the prolific poaching at the time. By 1980 Solio had become home to 27 rhinos from nine different areas of the country, as well as a founder herd of 16 white rhino re-located from South Africa.

The Safari Collection has been an exclusive tourism partner to Solio Ranch for the last seven years since Solio Lodge was built. Each and every guest staying at the lodge is making a vital contribution to the continuing success of Solio Rhino Sanctuary.

HOW CAN I HELP PROTECT RHINOS ?

A donation to the Mara Rhino Rangers can go a long way in helping them to carry out their vital conservation work of this vulnerable creature. 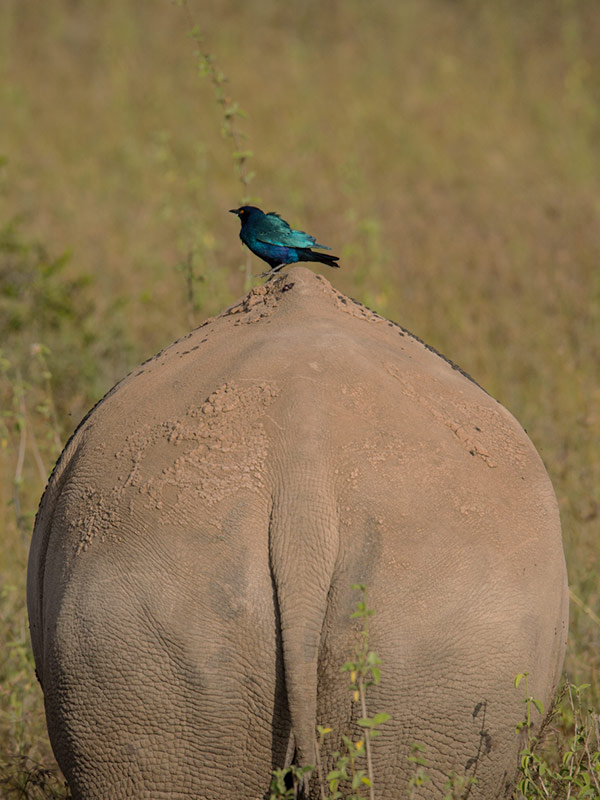 Just by staying at our properties, each guest helps conserve Kenya’s wild landscapes, look after its wildlife and make a positive impact on peoples’ lives. See how your stay has contributed.

DISCOVER HOW YOU CAN SUPPORT OUR FOOTPRINT INITIATIVES AND GIVE BACK