The sounds of migrating wildebeest filled the air as we started our morning drive in the Masai Mara.

Thousands of zebras and wildbeest were there to meet our Sala’s guests, whose summer holiday coincided with the exodus of this grazer community.

A few minutes after we left the camp, Mrefu, our Masai spotter, alerted me to stop. He scanned a gap in the mass of animals. The animals were unusually quiet and it was obvious that there was a predator in their midst. “A Cheetah! Cheetah!” he shouted. “Where? Where?” The excited guests replied. 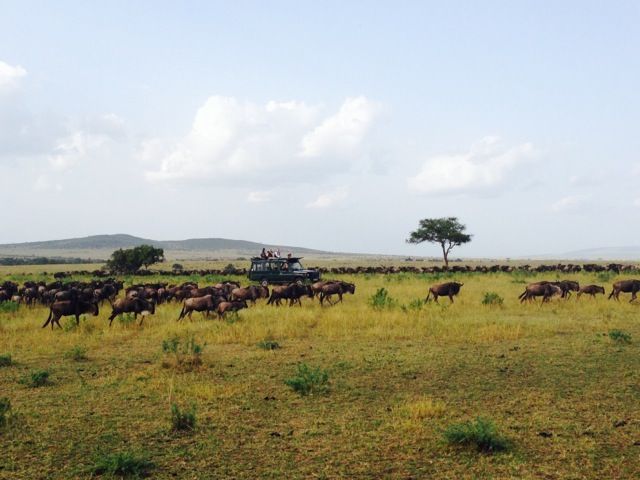 As we drove to the area, I began to finally see what was going on. It was Miale, I told them. Most cheetahs in the Mara have been given names by researchers so that us guides can help identify the individual cheetahs and monitor their movement.

As the female walked majestically across the road, we could see that her udder had dropped and her teats seemed to be pointed.

“She may be lactating or pregnant,” I said, as she marched through the tall grass toward a small thicket in a stream.

We followed her through the grass for a little way, when suddenly five cubs came crawling out of the thicket. It was a great surprise as they all bundled forwards and began to suckle their mother. After we watched for a few minutes, she started her mission of moving them to another safe spot for the day.

One by one, she carried them into a deep gully by the stream. We decided to leave them alone, so as not to alert it to the attention of many other vehicles or predators.

Here are some of the images from the amazing sighting 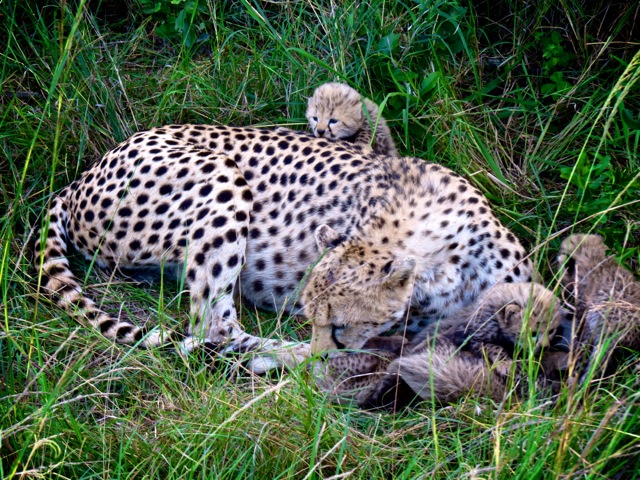 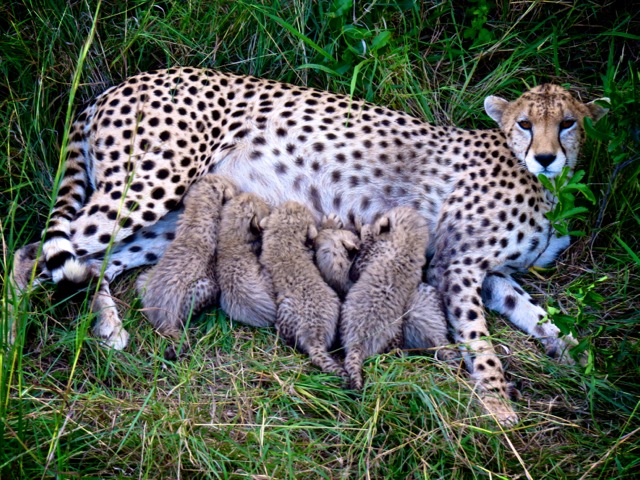 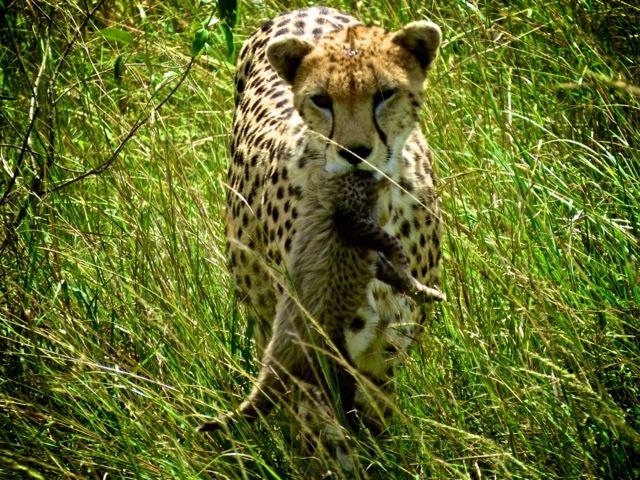