If vast panoramas, jaw-dropping views and awe-inspiring landscapes are your thing, then a helicopter adventure is a MUST.

Dropping down into valleys and soaring up over mountains with wind in your face… expect the ULTIMATE EXHILARATION and a truly unforgettable experience. Having your own wings gives you total freedom to explore Kenya’s wildest, most spectacular and most extreme locations. Places inaccessible by land, untouched by humans and full of hidden geographical wonders are suddenly at your fingertips. Looking down on Kenya’s vast wilderness from above offers an entirely new perspective. The spontaneity and freedom of a helicopter is unbeatable: enjoy instant access to remote locations (that might otherwise be unavailable under time constraints) as well as incredible manoeuvrability – turn back and hover over wildlife or touch down beside a turquoise pool for a refreshing swim. This is why at The Safari Collection we have our very own helicopter and pilot so that we can offer you a once in a lifetime opportunity to see the wildest corners of Kenya. 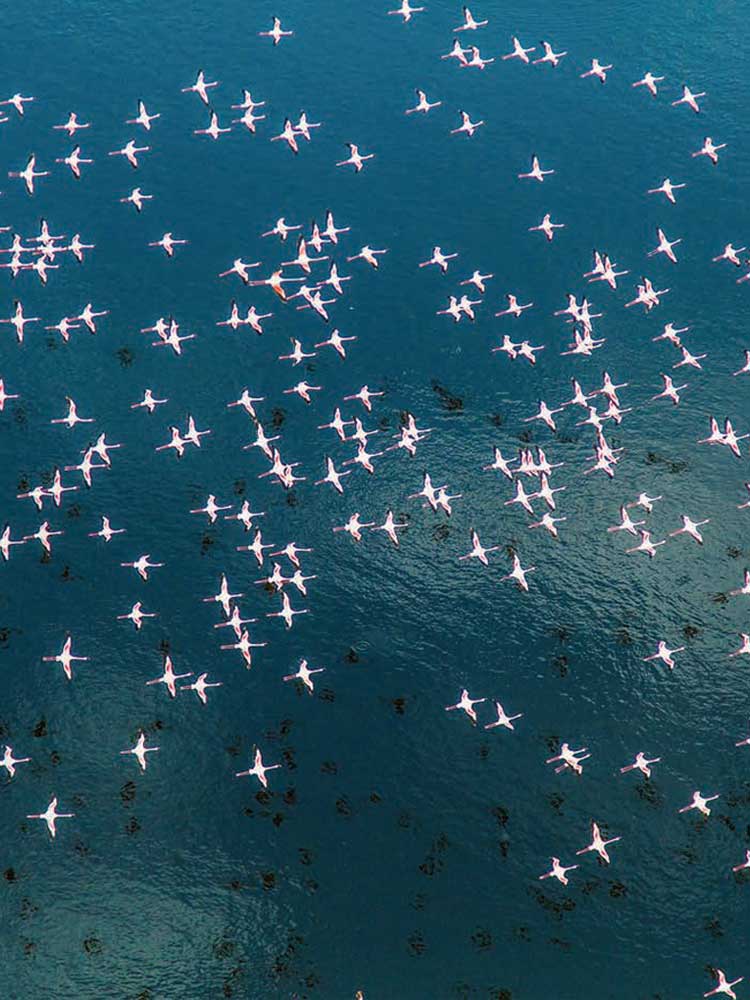 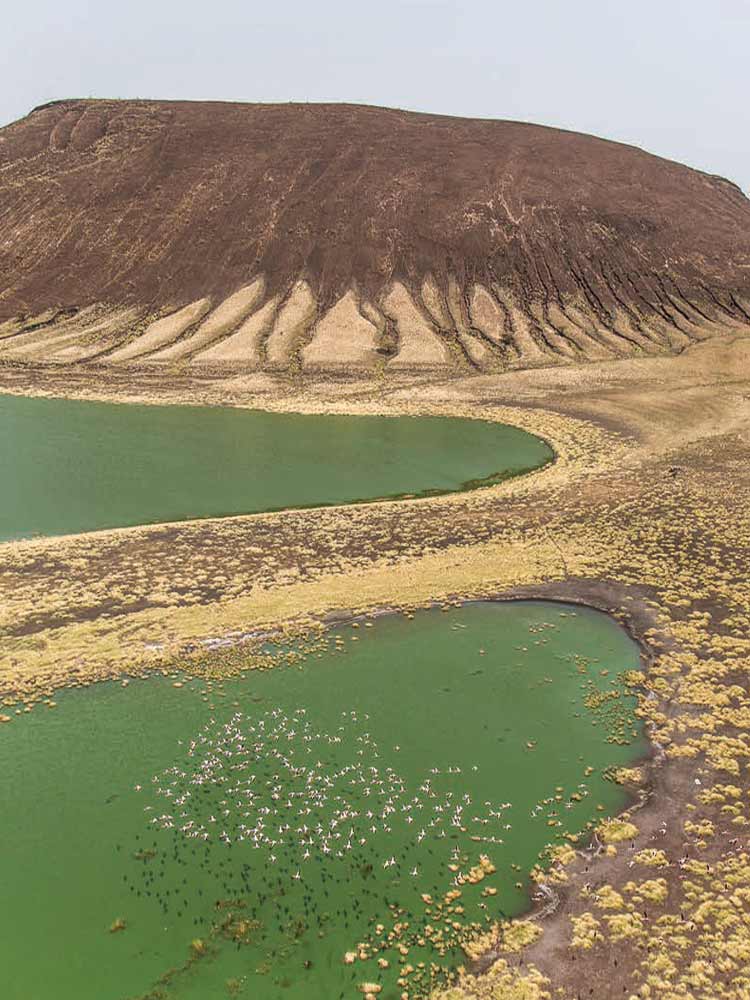 Our Eurocopter AS 350 B3 helicopter is based at either Sasaab or Solio and is on standby to whizz guests off on a variety of excursions to the most remote destinations in Kenya. With five passenger seats, sliding doors and proven superior performance in extreme conditions, our AS 350 is perfect for low level cruising with optimum viewing. 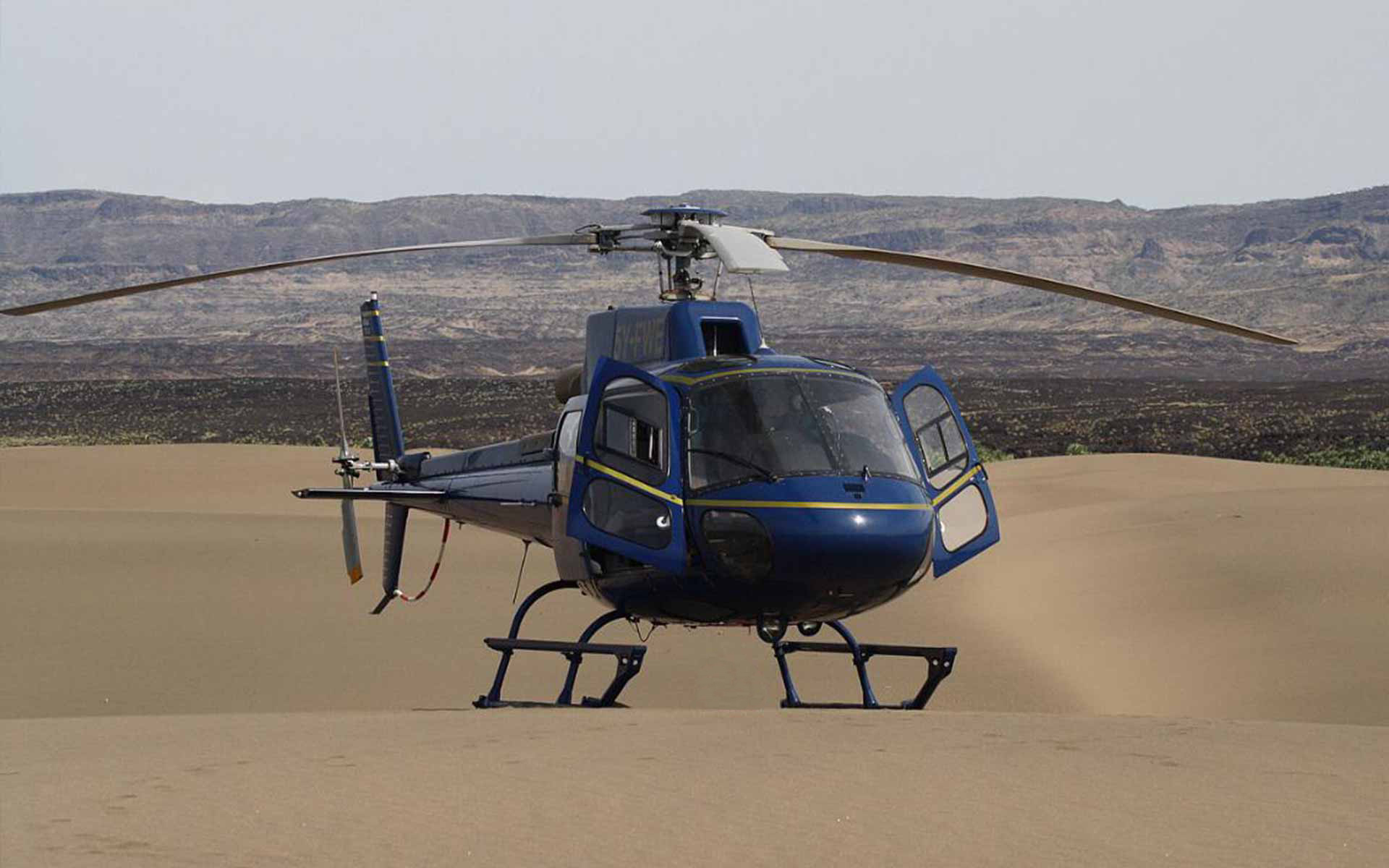 Kieran Allen is our fabulously talented and trusty pilot who has clocked up over 1,000 flying hours in the AS 350 helicopter model alone. Born and raised on a farm in the Kenyan bush, he is fluent in Swahili and English, as well as two other African languages and a little French. From flying in hostile environments to carrying celebrities, guiding world-renowned photographers and undertaking game capturing operations, Kieran has extensive and diverse flying experience. His knowledge and passion for Kenya’s flora and fauna (especially insects and butterflies), coupled with his wisdom on the geology of Kenya’s Great Rift Valley and nomadic tribes, make him our ideal pilot. Did we also mention that he’s a grade III helicopter instructor with night rating and commercial licences for six different helicopter types?

Kieran has created a variety of thrilling helicopter excursions for guests of The Safari Collection which depart from Sasaab and Solio. Avid anglers might be pleased to learn that Kieran also loves fly fishing, so can guide keen fishermen to the best secret spots on Kenya’s mountain lakes and streams. 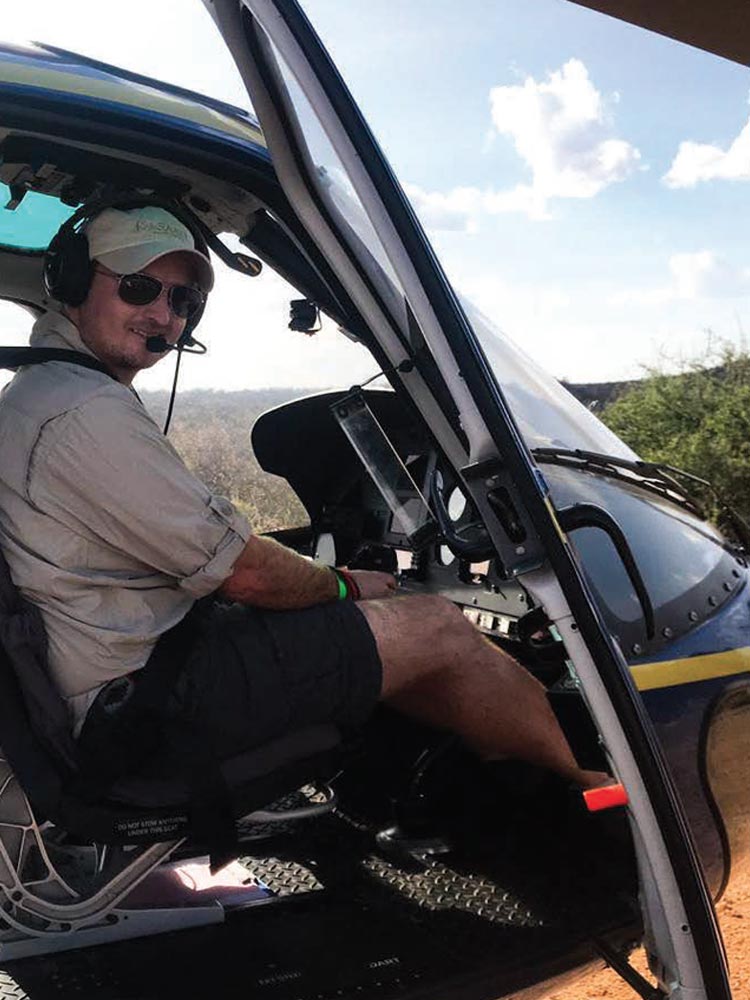 In line with our commitment to conservation and sustainability, we are always conscious of having a positive impact on the environment around us. Therefore, we will plant two trees to help reforest Mount Kenya for every hour of flying time to offset the emissions. For more information on this initiative, please speak to our pilot.

Make the most of the transfers between safari destinations and do more than getting from A to B by taking a scenic helicopter tour. This option is available between Solio and Sasaab and vice versa, or between one of our properties and another.

Solio Lodge and Sasaab are only a short distance from each other, yet the terrain between the two is stunningly diverse. With mountains, forests, gorges and open plains, you’ll be awed and amazed by the incredible scenery. Depart Solio at 10:00 am and fly over Borana Conservancy. Keep an eye out for rhino as Borana is a highly successful sanctuary for these prehistoric looking and highly threatened creatures. Look down on the Ngare Ndare Forest Reserve with its inviting blue pools before dropping off the edge of the Laikipia Plateau and down into the Mokogodo Gorge. Fly through the Kipsing Valley – a dry sand river often frequented by herds of elephant. As you near Sasaab you will join the Ewaso Nyiro River. Fly low over the water spotting wildlife on the riverbanks before arriving at Sasaab.

The Safari Collection owns and operates a portfolio of luxury boutique camps and lodges in Kenya’s finest locations. By choosing to stay at one or more of our properties, you can explore the diverse landscape and culture that Kenya has to offer.

LOOKING FOR SOMETHING DIFFERENT ?

Just because you can’t find it, doesn’t mean we can’t do it. Our expert team are on hand to assist with any enquiries you may have. Please call +254 725 675 830  or click here to talk to us about your perfect safari