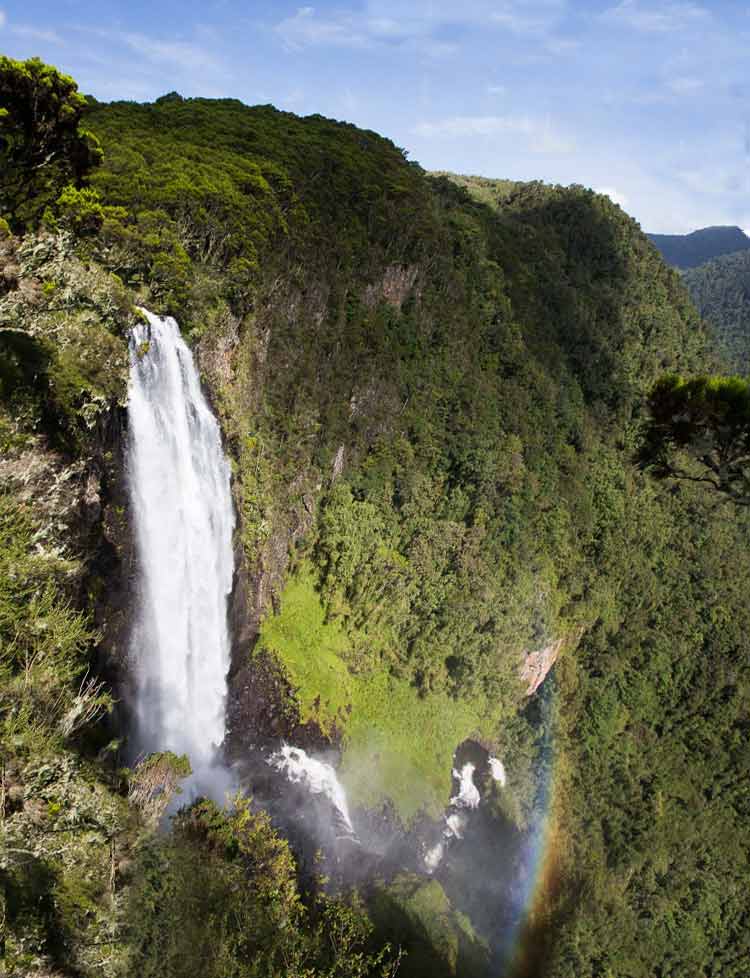 Awaken for a 6:30 am breakfast before departing at 7:00 am for the Aberdare Mountain Range just southwest of the lodge.

This narrow volcanic massif stretches 70 kilometres through central Kenya, its highest peaks rising to almost 4,000 metres. Designated a National Park in 1951, the 766 square kilometres of protected land holds an astonishing diversity of habitats, from rolling moorland, deep river valleys and lichen-hung forests, to bamboo thickets and giant heather woodland. Not surprisingly, it also hosts prolific wildlife. Here you can find the second largest herd of endangered black rhino as well as African wild dog, giant forest hog and black and white colobus monkeys, to name but a few. It is also one of the only places on earth (along with Mount Kenya National Park) where elephants live at over 3,000 metres in altitude. Your scenic Aberdares flight will begin by flying over the Salient – the lowest altitude area of the park where most of the larger species tend to be concentrated. Look out for black rhino in this area, as well as plains game such as buffalo, eland, zebra, waterbuck and various other antelope species. 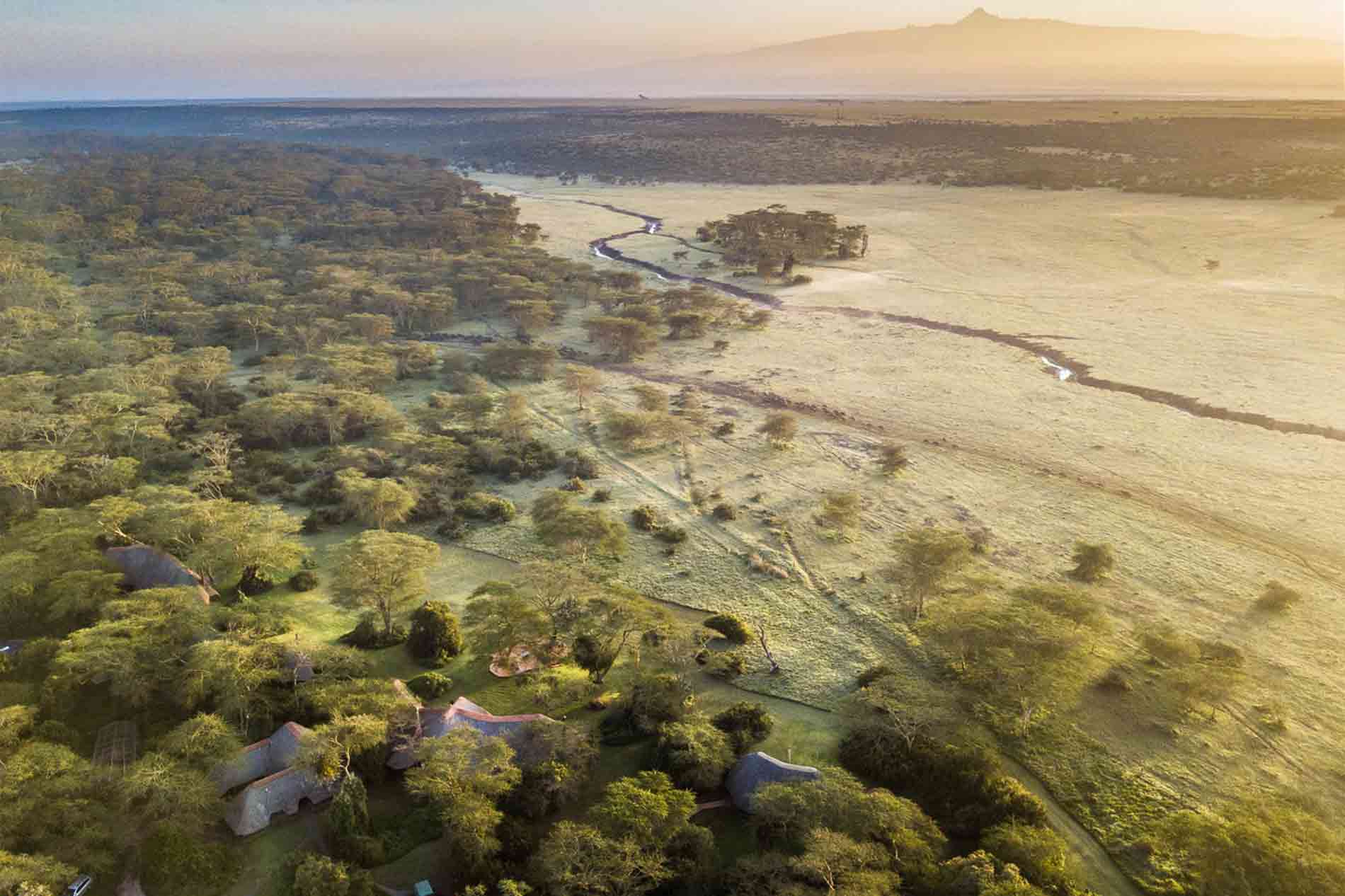 As you soar above this diverse and pristine wilderness, look out for crystal-clear trout-filled streams and thundering waterfalls.

As you ascend the slopes of the mountain, you will notice changes in the vegetation, with several distinct zones and incredible botanical richness. Leaving the dense montane forests of the lower slopes, you will fly over bamboo forest, before entering woodland of East African rosewood (hagenia) trees and giant figs. Look out for movement of elephant herds below as they crash through the trees. Continuing your ascent, you will notice the terrain changing again to scrubland and zones of giant heather, before giving way to rolling tussock moorland higher up. As you soar above this diverse and pristine wilderness, look out for crystal-clear trout-filled streams and thundering waterfalls, the highest of which, Karuru Falls, crashes 300 metres into the spray-filled gorge below. In the misty, damp realms at the top of the Aberdares, touch down to explore a unique rock formation known as ‘Dragon’s Teeth’. Sporadically jutting out of the earth, these volcanic towers of rock are said to resemble a dragon’s jaws, hence their nickname. Enjoy a coffee stop here while you explore the rocks. Return to Solio in the late morning. 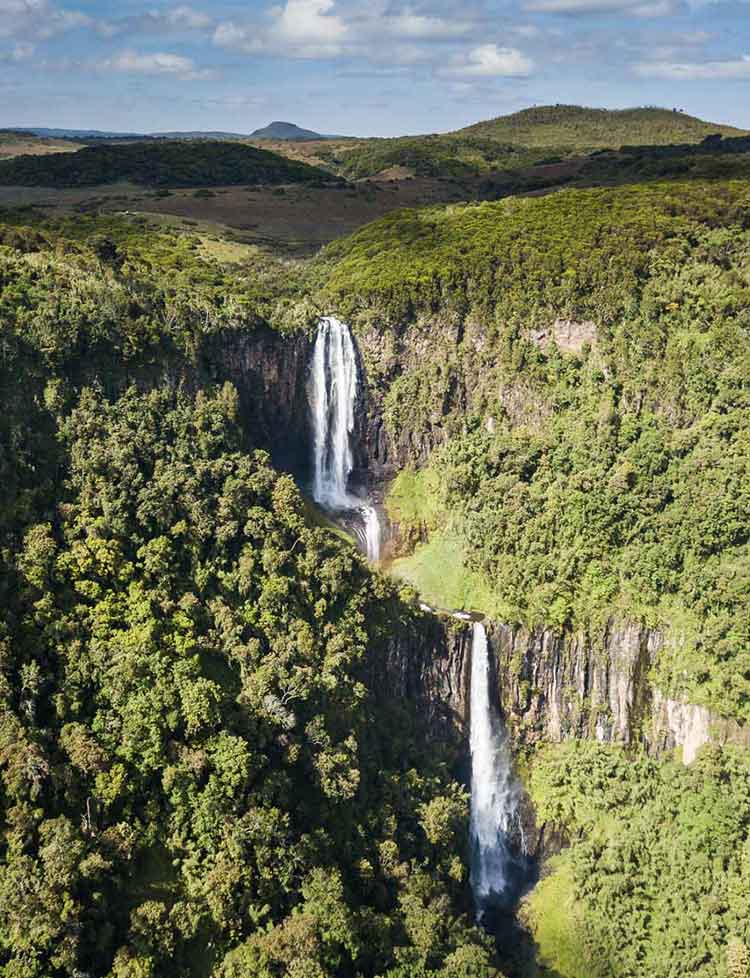 Fly over the Salient – the lowest altitude area of the park where most of the larger species tend to be concentrated. 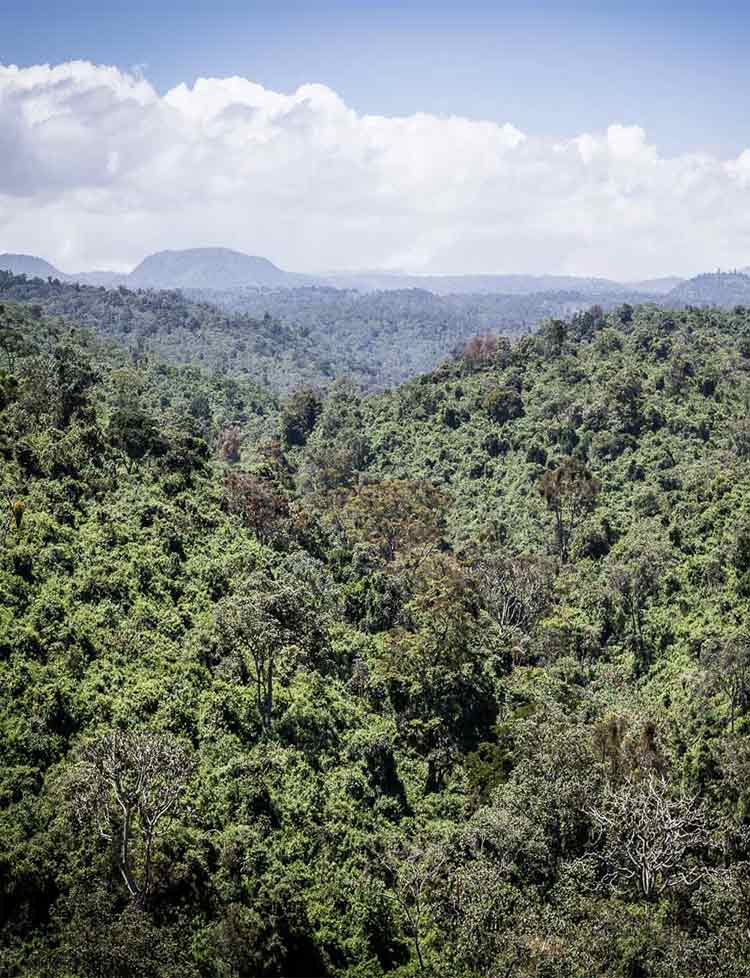 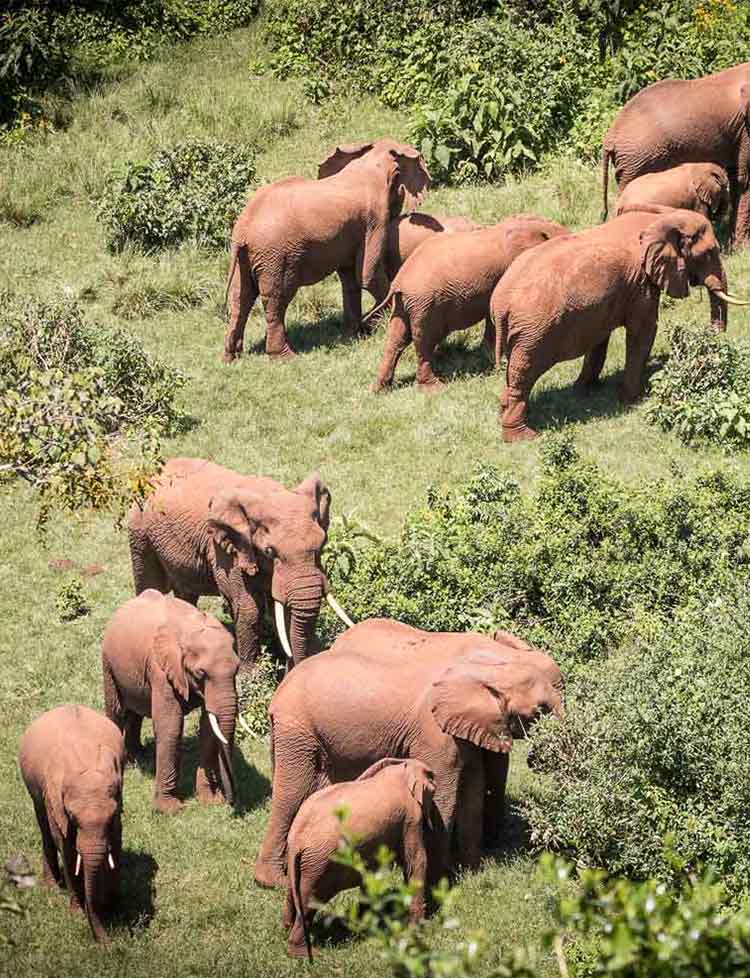 **Park fees are current and correct at the time of producing this document but are subject to change without prior warning.