Close your eyes for a moment and allow the vibrations of the world to wash over you; listen to each and every little sound that your brain normally blocks out – a bird singing, a car rumbling past or the distant chatter of voices. Imagine that you have never heard these sounds before, instead, you were born deaf and at ten years old, have never heard anything at all in your life. Now imagine that today you will hear the world around you for the very first time. This is Linet’s story. 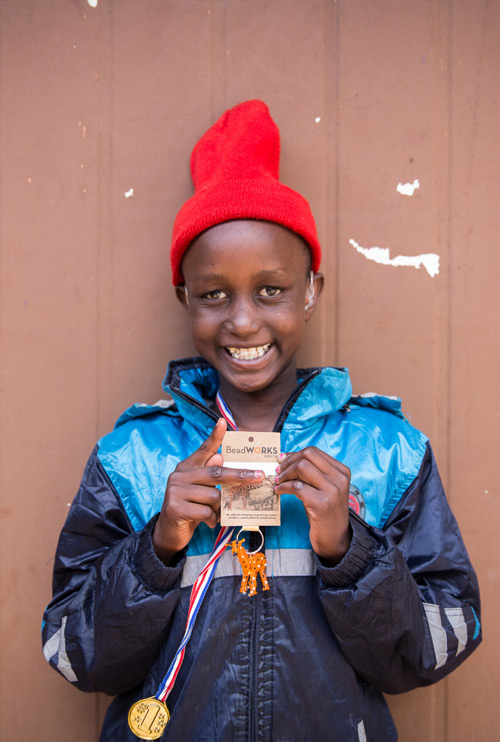 Linet’s smile on the day that she could hear for the first time.

It all started about a year ago when our Sasaab manager Agnes discovered that Susan, who runs the laundry at the lodge, has a deaf little girl called Linet, who is ten years old but had never had the opportunity to go school. Disability is a complicated issue in Samburu and often children with difficulties are hidden at home. Upon hearing this sad, but unfortunately not uncommon story, Agnes did all she could to help. She has been instrumental in encouraging Susan to take her daughter for hearing tests in a nearby town and to find out what medical treatments might be available. 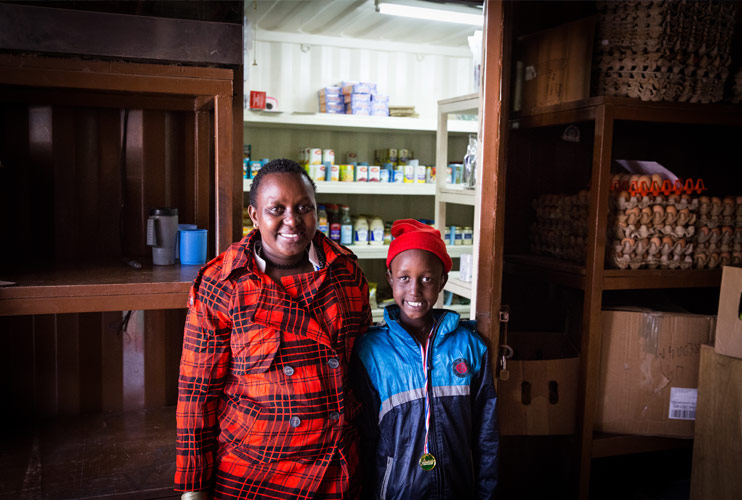 Agnes and the other Sasaab manager Nicky also discussed the possibility of Susan’s daughter attending a special school for the deaf. In June this came to fruition and Susan, with help from The Safari Collection, was able to enrol Linet in a special centre for the deaf in the nearby town of Isiolo for her first ever day in school! She now learns sign language alongside normal school subjects and has begun her journey towards becoming a self-sufficient young woman. 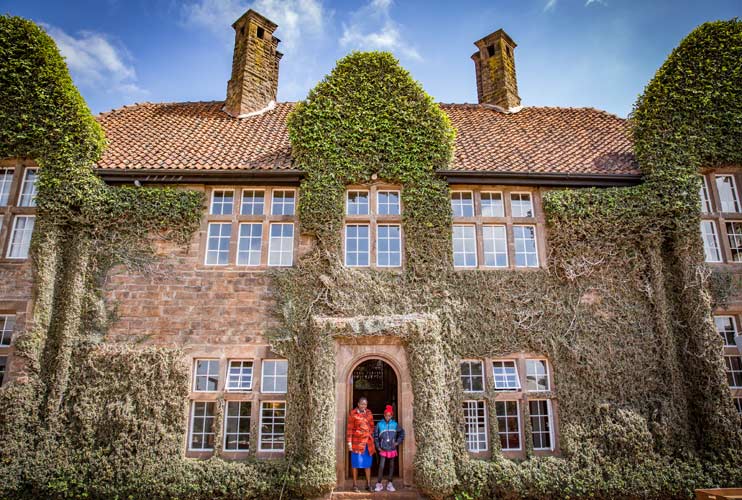 Susan and Linet at the famous front door of Giraffe Manor.

Recently, Linet’s life changed even more after we arranged for her to visit a specialised clinic in Nairobi for more hearing examinations. 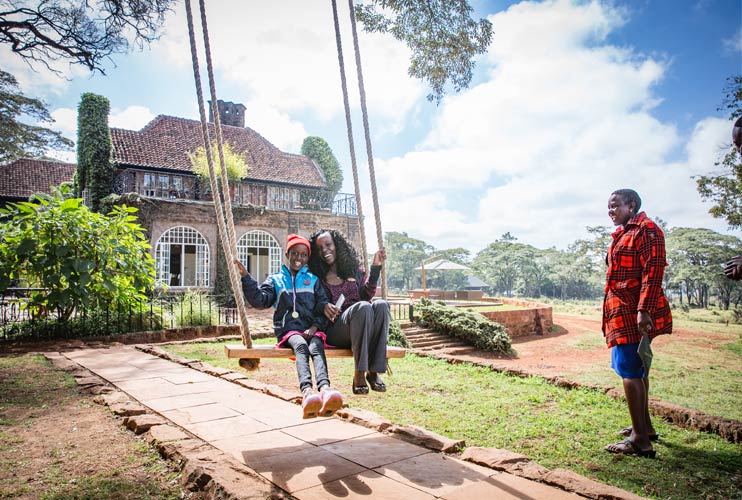 Linet and Linet the manager from Giraffe Manor swinging away in front of the manor.

Linet and her mother left their traditional Samburu village and caught a bus down to Nairobi – their first time in a city! They were met by Agnes’ brother who lives in Nairobi and kindly agreed to help out. The next day they took a taxi to the clinic where Linet spent the day seeing various doctors and completing hearing tests. Unbelievably, it was discovered that a hearing aid would enable her to listen to the world around her for the first time and the doctors fitted a small plastic device to each of her ears. What an incredible moment for Linet. And what a proud moment for her mum. 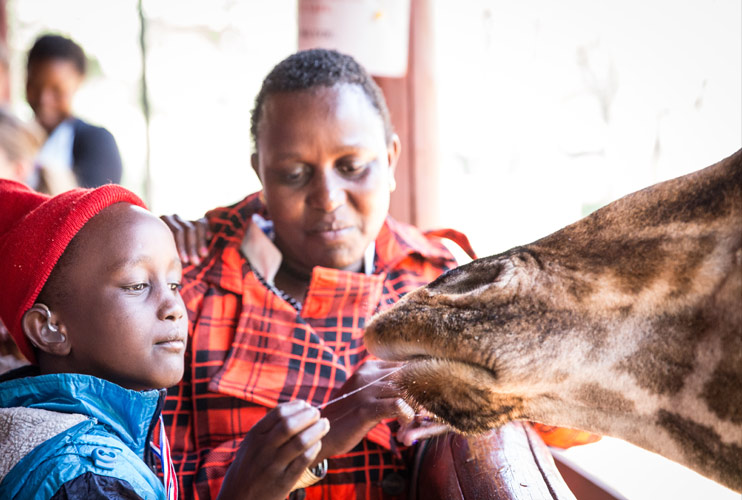 Linet and Susan feeding Stacey the giraffe at Giraffe Centre.

After receiving her hearing aids, Linet and Susan visited The Safari Collection HQ to meet the reservations and operations teams and to have a tour of Giraffe Manor, one of their managers. Shortly afterwards they visited the Giraffe Centre and fed some of the giraffes, receiving some very slobbery giraffe kisses from Stacey! During the day Linet was experimenting with her own voice, now able to hear it for the first time. Soon she will be back at school, continuing with her efforts to learn sign language but now also able to contemplate learning to speak and understand the voices of those around her. 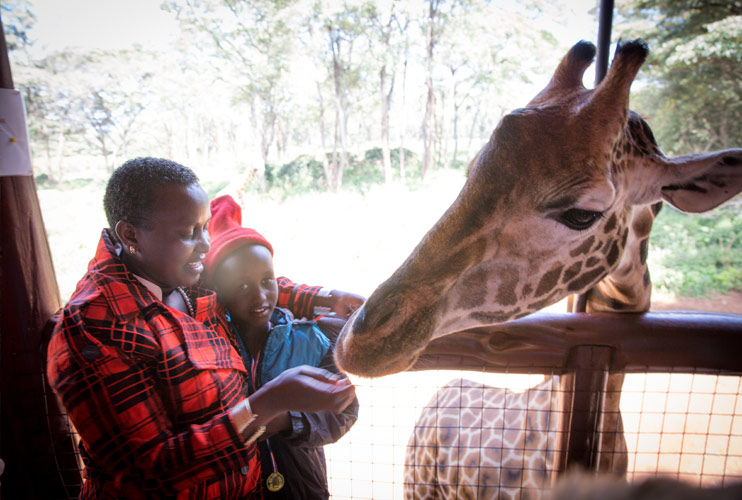