MOTHERS AT THE MANOR

It’s a special time of year for mums all over the world, and all of us at Giraffe Manor are particularly excited for Mother’s Day this March. Before we tell you why, it’s important to know that the number of giraffes across the continent has fallen by 40% in the last three decades. The Rothschild’s giraffes found in Kenya are particularly endangered with their populations having dropped by 80-90%. Our beautiful and charismatic giants here at the Manor are, sadly, much more endangered than elephants, rhinos and lions. This is why it is even more special for us to have mothers giving birth to healthy calves who will go on to help wild populations grow year by year.

Our incredible giraffe mothers – Betty, Kelly, Daisy and Stacey – have given birth to a total of five calves in the past two years. We are excited to share that four out of five of these gangly new additions have now been officially named.

Please welcome to the herd: Jock, Waridi, Nandi, Olerai and the youngest calf born to Daisy in September 2017 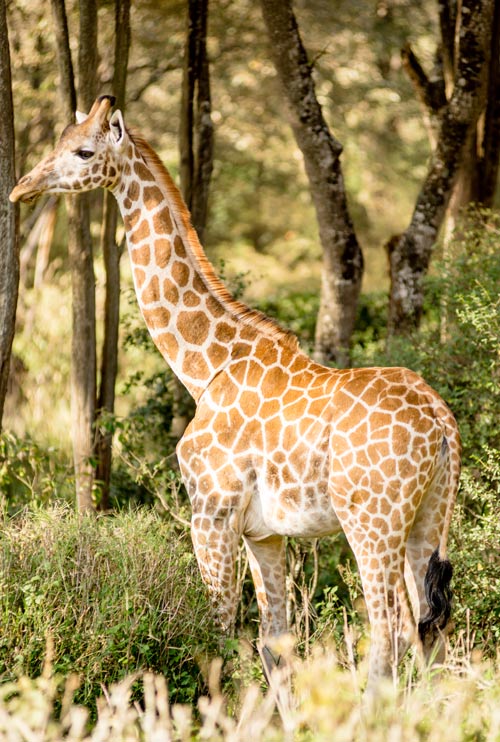 Nandi was born at Giraffe Manor in July 2016 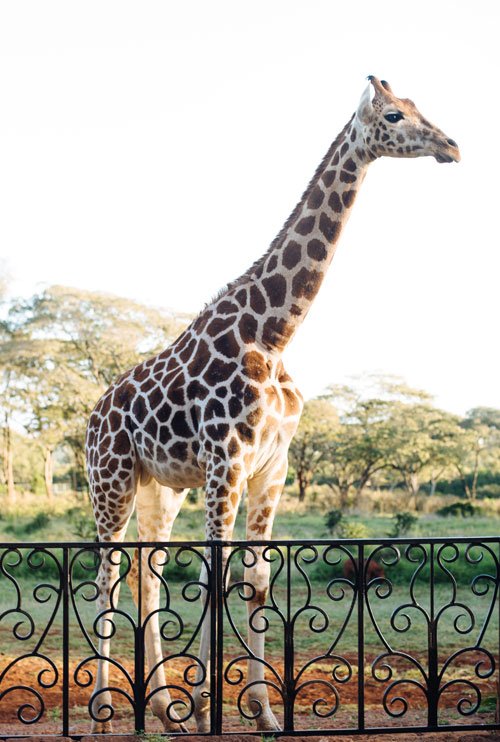 Waridi is Daisy’s calf, she is recognisable from her dark brown spots 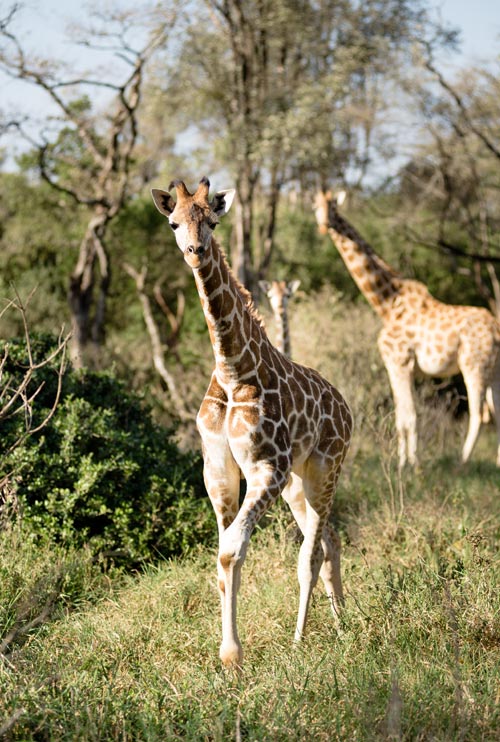 Jock was born at the Manor in September 2016. He is Betty’s calf and has a gentle temperament 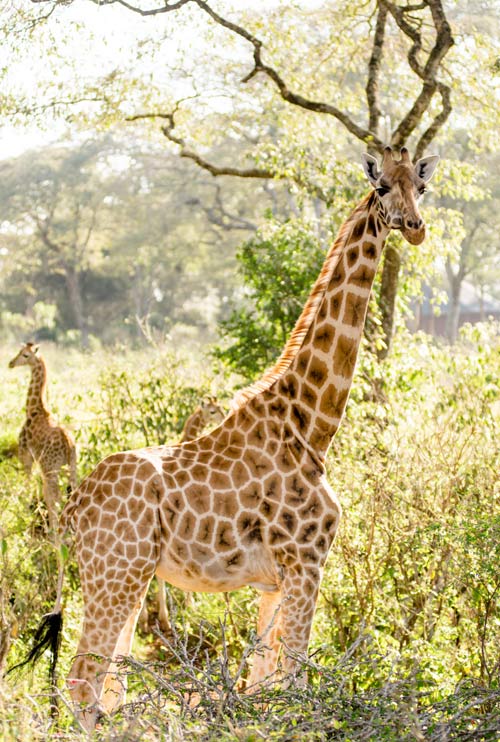 There are currently five calfs under two years at Giraffe Manor 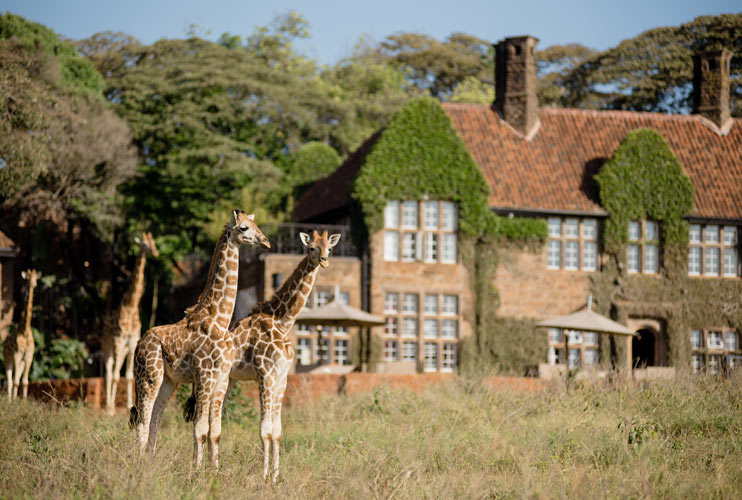 We are so lucky and proud to have these majestic animals roaming the grounds of the Manor and, even more so, to be able to witness their offspring grow and develop their own individual personalities. Here’s a bit of info about two of our most notorious Mamma’s! 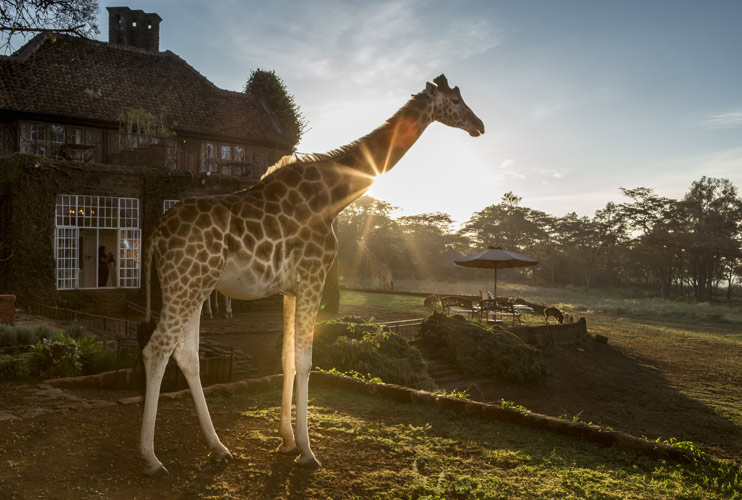 BETTY was born in 2002 near Lake Nakuru, she is the oldest giraffe at the manor. Betty does not visit the manor as much as she used to. Having been the matriarch for a long time, she was ousted by Kelly in 2015 when she gave birth. 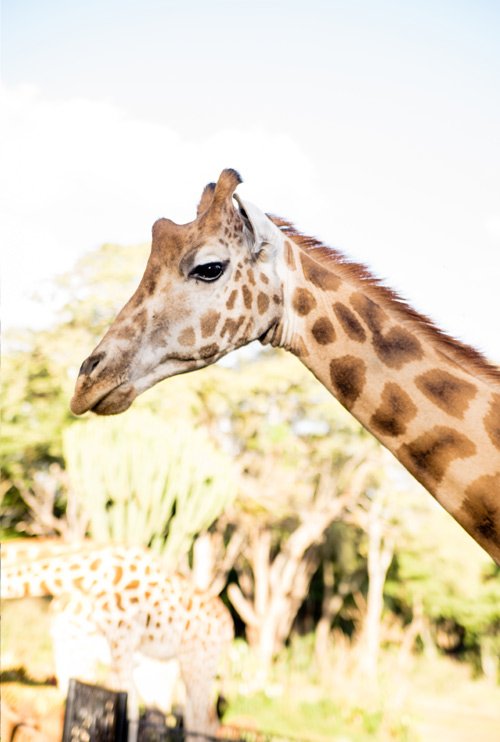 KELLY was born in August 2002. She is usually the first up and last to leave all feedings at the Manor. Kelly is the dominant female and lets everyone know it. She loves to kiss and has incredible co-ordination when it comes to catching pellets between her lips. Don’t stand too close though, she also loves a cheeky ‘head-butt’ and has been known to bump unsuspecting selfie takers.

You may not know that these super-hero mummy giraffes carry their babies for approximately 15 months; that’s around 456 days of pregnancy! If that’s not astounding enough, giraffes also give birth standing up and their babies can be as tall as a full-grown man and weigh about 150 pounds! In the wild, mothers are very protective and defend their little ones by delivering powerful kicks to hungry predators. Once the mother joins the herd again, some members will take care of her young while others look for food. Most females are already pregnant again while taking care of their offspring, so female giraffes will spend most of their lives caring for calves.

Nothing beats meeting and interacting with our beautiful giraffe super mums at Giraffe Manor. Book your unforgettable stay with us and feed these magnificent mamma’s from your bedroom window and breakfast table!