Meet Dr Claire Okell, founder of The Pangolin Project and a wealth of knowledge on these highly endangered mammals. Claire originally trained as a vet in the UK, before working for several years in drought and conflict zones for NGOs. More recently, she has embraced her life-long passion for conservation and set up The Pangolin Project, which is the only one of its kind in Kenya. We caught up with Claire and the research team at Sala’s Camp to learn more about the elusive pangolin… 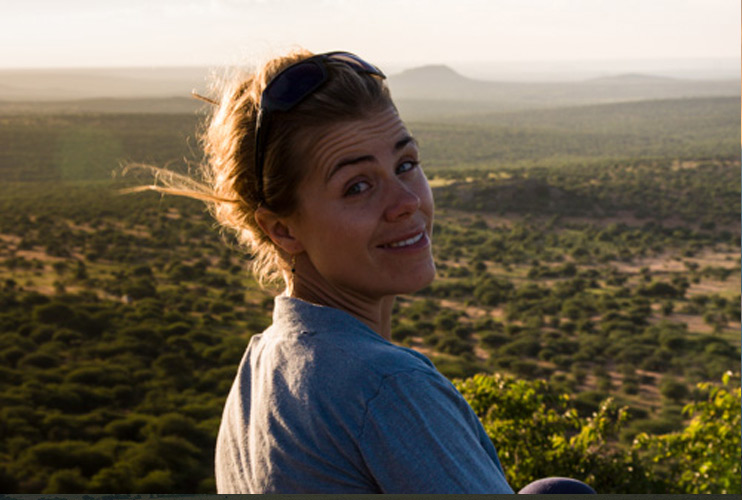 Claire set up The Pangolin Project in 2019.

Q & A WITH DR CLAIRE OKELL

WHAT IS A PANGOLIN?

Sometimes referred to as the ‘scaly anteater’, pangolins are covered head to toe in hard keratin scales which they use to defend themselves against predators. Often mistaken for reptiles, pangolins are actually mammals. There are eight different species: four that live in Asia and four that live in Africa. Here in the Masai Mara, we have the Temmincki Ground Pangolin. Because they are nocturnal and very secretive, most people have never seen one. 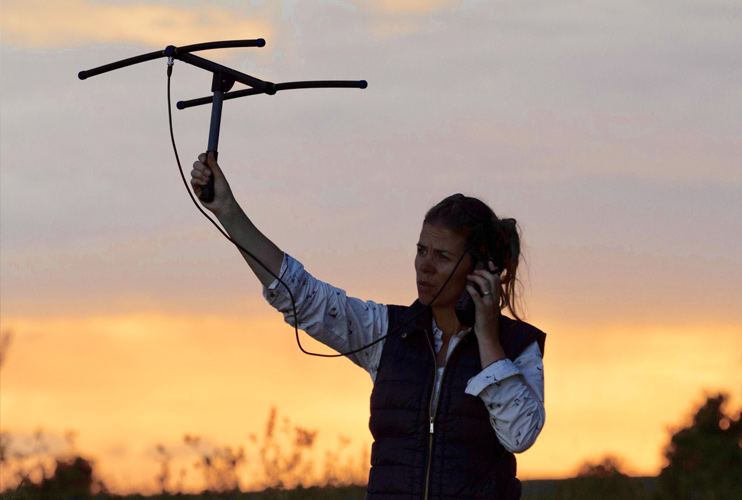 Claire and The Pangolin Project’s researchers are based at Sala’s Camp. 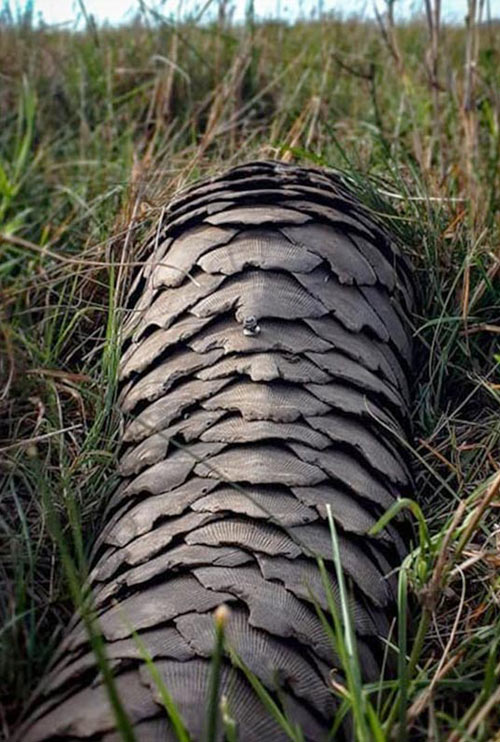 Covered head to toe in hard scales, their bodies look prepped for battle. ©The Pangolin Project

WHAT ARE PANGOLINS’ UNIQUE CHARACTERISTICS?

They are mostly bipedal, which means they walk on their back legs and hold their front legs up. A bit like little T-Rexes!

HOW WOULD YOU DESCRIBE THE PERSONALITY OF A PANGOLIN?

Incredibly self-sufficient and particular, especially when it comes to food. Enigmatic and determined also sums the pangolin up quite nicely.

WHAT DO YOU LOVE ABOUT PANGOLINS?

They are the gentlest of creatures and there is so much about them that we don’t know. This makes their situation all the more desperate as they are incredibly vulnerable and we must act quickly to develop effective protection strategies.

WHY IS THE WORLD ONLY JUST STARTING TO TAKE NOTICE OF PANGOLINS NOW?

Because the pangolin poaching crisis has really escalated. When pangolin numbers severely declined in Asia from 2000, Africa pangolins began to be intensely targeted. In China and Vietnam, people eat pangolin flesh as a delicacy and their scales are tragically thought to be a cure for various ailments. Their scales are made out of the same hard stuff as our fingernails.

“No one in the world needs a pangolin scale…except a pangolin.” ~ Lisa Fanton, Pangolins.

Pangolins are now the most trafficked mammal in the world. ©The Pangolin Project

One of my favourite facts about pangolins is that although they are primarily solitary creatures, they also co-habit in burrows with other species, including porcupines. It is not clear why this unlikely companionship exits, but both species like to rest in burrows during the day. These burrows are often dug initially by aardvarks.

WHAT’S THE WEIRDEST THING YOU HAVE LEARNT ABOUT PANGOLINS?

Their tongues. They are extremely long and sticky and the whole tongue muscle goes back into their abdomen.

WHY ARE THEY SUCH A LITTLE-KNOWN SPECIES?

Pangolins are incredibly elusive, so it’s hard to see them. They are also extremely prone to habitat loss due to agricultural expansion. As fussy eaters, only specific types of ants will do, which makes them not as resilient as aardvarks and porcupines.  I think of them as the pandas of Africa.

The pangolin fondly named ‘Bahati’ with his new tracker. ©The Pangolin Project

WHAT’S YOUR MOST MEMORABLE PANGOLIN SIGHTING?

The first time Pamoja (one of the female pangolins living close to Sala’s Camp) came out of her burrow with a tiny baby by her side. We watched the baby keep trying to climb up her slippery scales and onto her back. It finally succeeded to get on backwards! When it eventually scrambled up the correct way around, it rode upfront between her shoulders.

Pamoja and her pup! The most incredible sighting on a camera trap © The Pangolin Project

HOW DOES THE PANGOLIN PROJECT WORK?

The Pangolin Project is a non-profit organisation founded in August 2019, so it is just in its start-up phase. We work in partnership with the government,  NGOs and also private sector partners. Our vision is to provide sustainable protection to pangolins and their habitat in East Africa. A small team is working in the greater Mara ecosystem carrying out primary research on the species, as well as community work to raise awareness of pangolin poaching and habitat loss. Our long term aim is to achieve widespread Kenyan awareness about pangolins, particularly amongst anti-poaching units and actors of law enforcement.

HOW CAN PEOPLE SUPPORT THE PANGOLIN PROJECT?

The Pangolin Project relies on donor funding to carry out activities including ranger training, research into habitat use, education programmes and strengthening anti-poaching teams. If you would like to donate to the project, please visit our website; www.thepangolinproject.org or our founding partner, The Safari Collection Footprint.

WHAT CAN PEOPLE DO TO HELP SAVE PANGOLINS?

Talk about them! Everyone can be a pangolin ambassador. Talking about pangolins raises awareness that they are now the most poached mammal in the world, and there is a very strong chance that these unique creatures will not be around for our children to see.