Lush, unspoilt and pristine, Kenya’s beaches are fit to rival the worlds’ finest tropical paradise locations. Known for being an iconic and world-class safari destination, what people might not realise is that Kenya’s coast holds an underwater wilderness just as diverse, bounteous and ripe for exploration as the savannahs of the land. 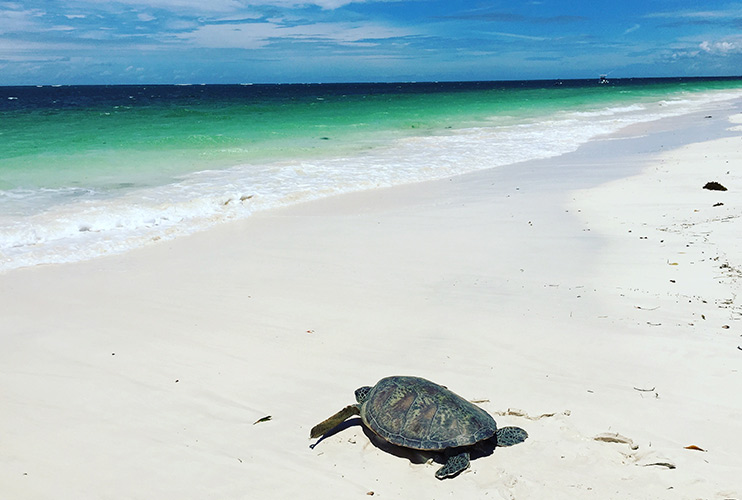 Because of Local Ocean’s ByCatch Release programme, hundreds of turtles are rescued every year.

Meandering creeks lined with mangrove forests, swaying seagrass beds, extensive tidal mud flats and a living coral reef that parallels most of the coastline, all provide breeding grounds for a rich abundance of marine species. 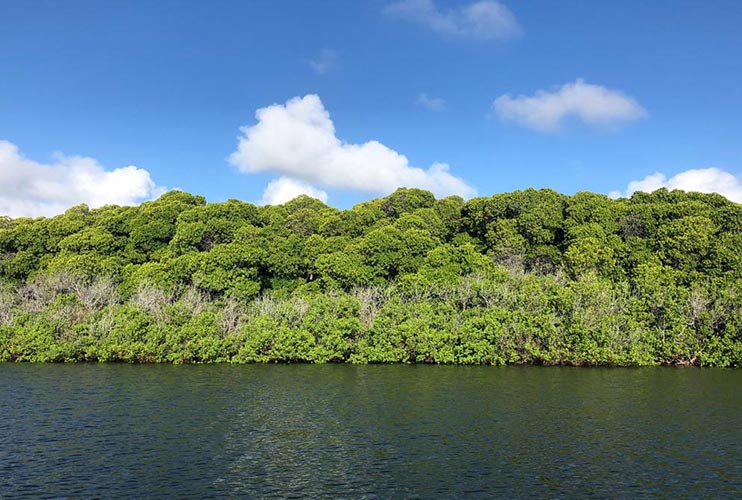 From silent trunk-bearing giants who roam the land to majestic whale-sharks which migrate along the coast; from four-legged feline predators to the venomous spines of the deadly lionfish; from rare rhinos to the critically endangered Hawksbill turtle – the ocean has just as much to offer, if not more. 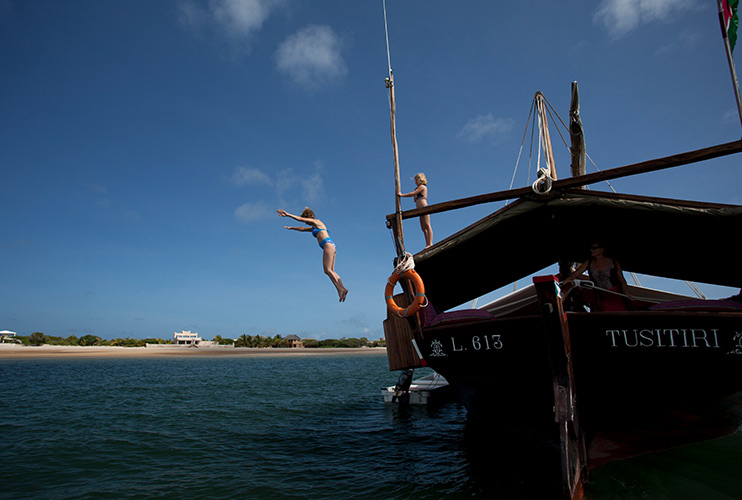 Making the most of what the Indian Ocean has to offer aboard Tusitiri Dhow in Lamu.

Unfortunately, Kenya’s coastline is vulnerable to human-wildlife conflict just like the land and faces multiple challenges, from poaching of endangered species to plastic pollution and unsustainable fishing practices. With burgeoning local communities relying on the ocean for food and income, (not to mention its provision of half the oxygen we need to breathe) we’d like to celebrate two fantastic marine conservation efforts being undertaken along the Kenyan coast. 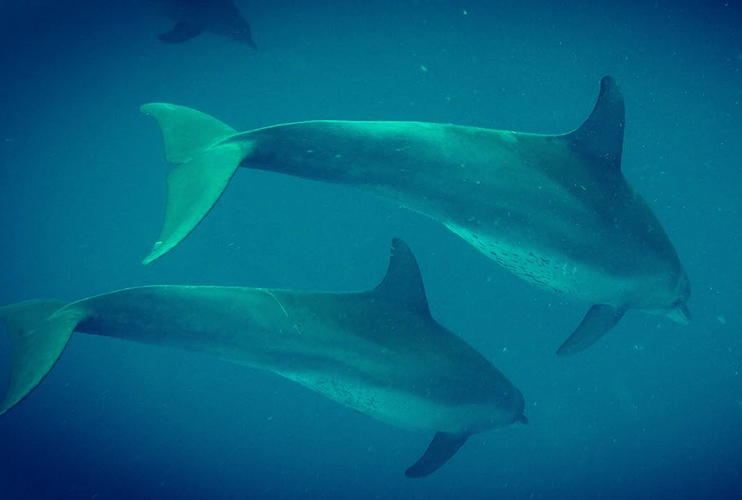 Diving into the deep to admire a pod of dolphins.

Firstly, a story of survival against all the odds. From the moment they poke their tiny heads through grains of sand, wriggling with all their might to emerge into the world, turtle hatchlings face a treacherous lifecycle. With hungry crabs and flocks of gulls to dodge, coupled with human intrusion on their nesting beaches and their highly sought-after meat, they need a determined and dedicated conservation effort to protect them. This is precisely what the non-profit organisation ‘Local Ocean Conservation’ (LOC) does through its two ‘Turtle Watch’ programmes in Watamu and Diani. 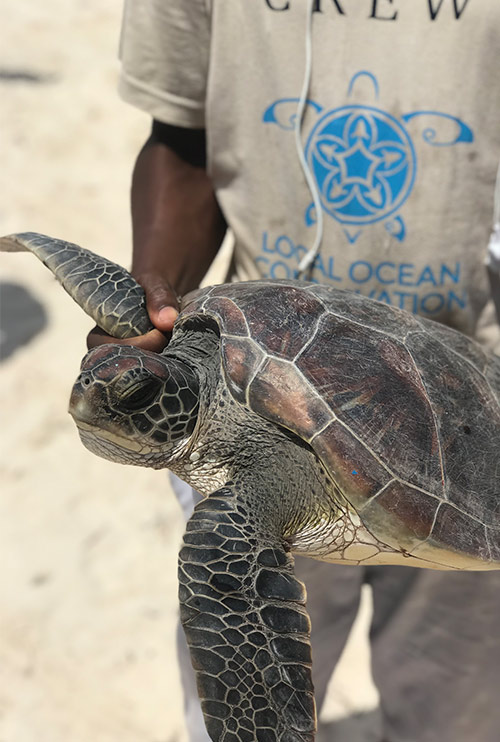 With turtles as their flagship species for local sea health, LOC is spreading their motto of ‘Love Your Local Ocean’ up and down the coast through their partnerships with over 30 local schools and community groups. Local fisherman bring turtles caught in their nets (over 18,000 by-catch rescue releases implemented so far) and injured turtles to their turtle rehabilitation centre. All this for a small fee paid for their time, effort and expense. Turtle nests are patrolled nightly to fend off any thieving intruders. Over 900 nests have been monitored (and relocated when necessary) to date, and over 73,000 hatchlings have safely navigated their way to the ocean. 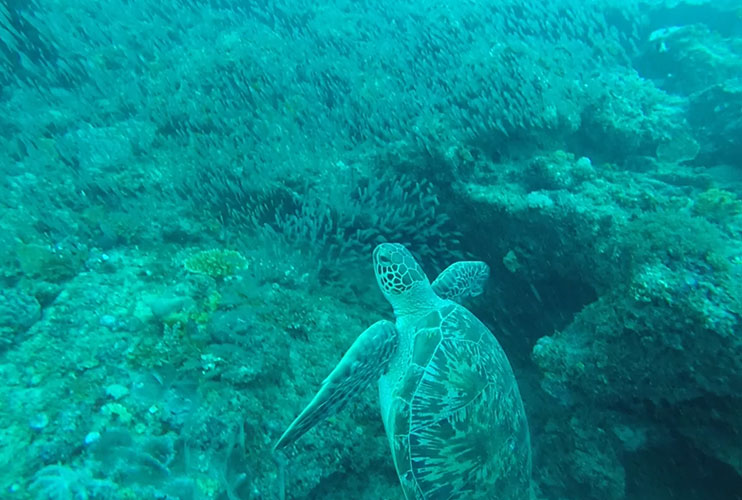 This Green Turtle has been released back into blue waters of the Indian Ocean. ©Local Ocean Conservation

On Kenya’s northern coastline in the ancient Swahili port of Lamu, the Flipflopi dhow project has raised incredible international awareness about the danger of single-use plastics in our oceans. A shocking 12.2 million tonnes of plastic enter our oceans each year, and it is estimated that by 2050 there will be more plastic than fish in our oceans – a sad and depressing statistic, but one which we must face up to. 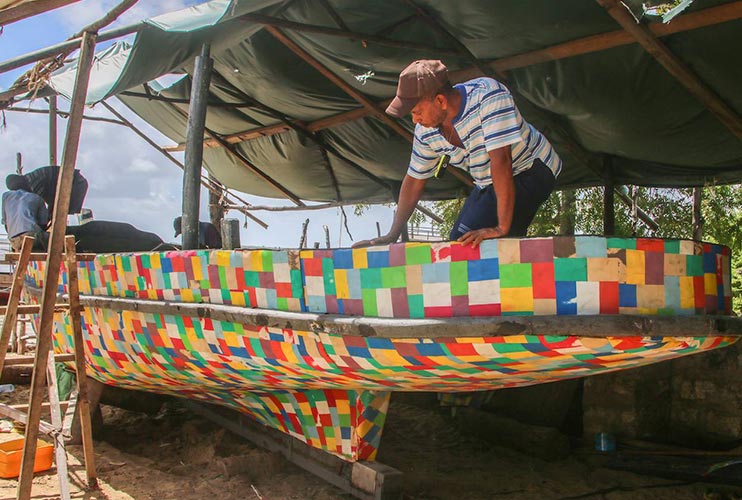 FlipFlopi’s mission was to build a boat entirely from plastic collected from Kenya’s beaches and roadsides. ©Flipflopi

Built from over ten tonnes of plastic waste from repurposed flipflops, last September their eye-catching patchwork dhow was launched on the water. This January, the Flipflopi began its journey over 500 kilometres along the East African coast, from Lamu in Kenya to Tanzania in Zanzibar. It’s goal being to spread a #plasticrevolution campaign far and wide and to engage thousands in discussions about how we consume plastic. Over 3,000 local schoolchildren boarded the boat and 39 businesses in the local tourism industry pledged to ban or reduce their single-use plastic. The creators of Flipflopi have now set their sights on building an ocean-faring Flipflopi to sail their #plasticrevolution message around the world. Watch this space! 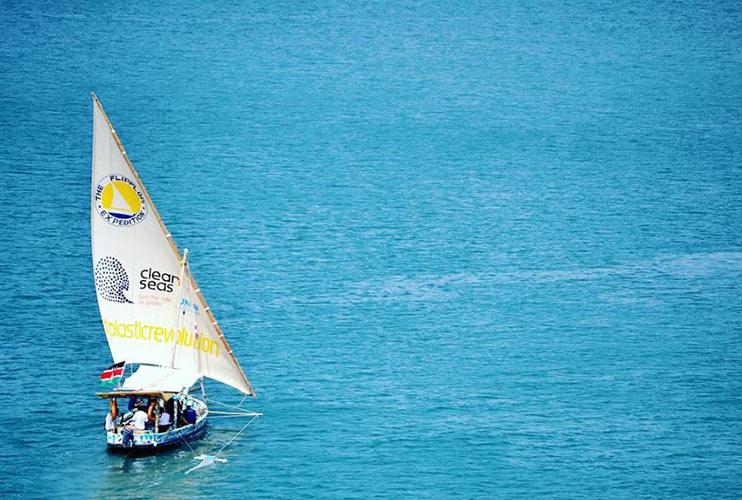 At The Safari Collection, we have partnered with a selection of blissful ocean-side spots where you can encounter the allure of Kenya’s marine life for yourself. A few days at the coast makes for a dreamy finale to any East African adventure, and we need to support those who strive to keep it that way. Thank you to the tireless work of projects like LOC and creative initiatives like FlipFlopi who are trying to protect the best bits of the country that we love and it’s #LifeBelowWater.