THE MIGRATION AND MORE

The migration has arrived at Sala’s Camp.

But witnessing a river crossing is really only a teeny tiny part of the glory. Wildebeest are highly unpredictable in their movements, so don’t spend all your time staked out beside the water. Even the gnus themselves don’t know when they will cross. 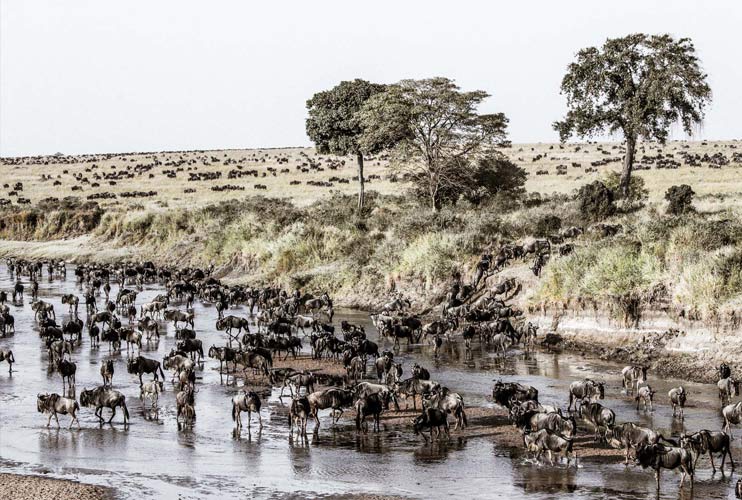 Simply seeing the savannah filled with millions of animals is a momentous sight to behold. And it isn’t only the wildebeest that migrate. They are accompanied by approximately 200,000 zebra, up to half a million Thompson gazelle and thousands of eland. Safety in numbers, as they say. But there is a little more to it than that. 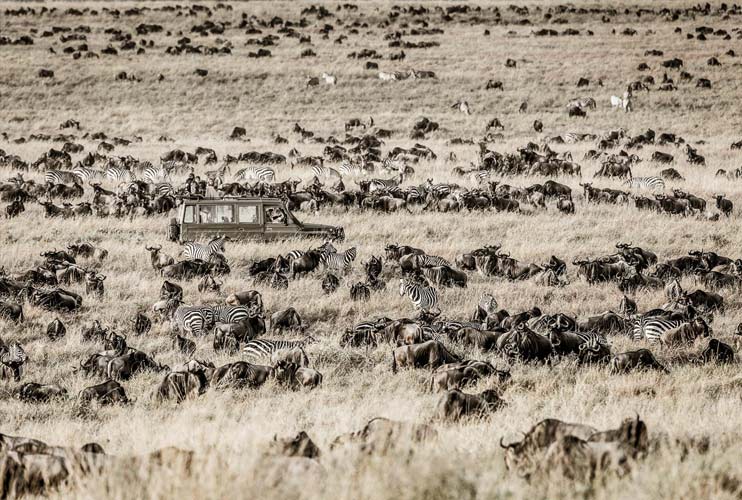 Driving amongst huge herds is an incredible experience. ©Scott Ramsay

The bearded beasts enjoy a harmonious relationship with their stripy friends, as they dine on different parts of the grass. Zebras dive in first, tearing off the tips of new pastures before wildebeest graze on the shorter, succulent roots. 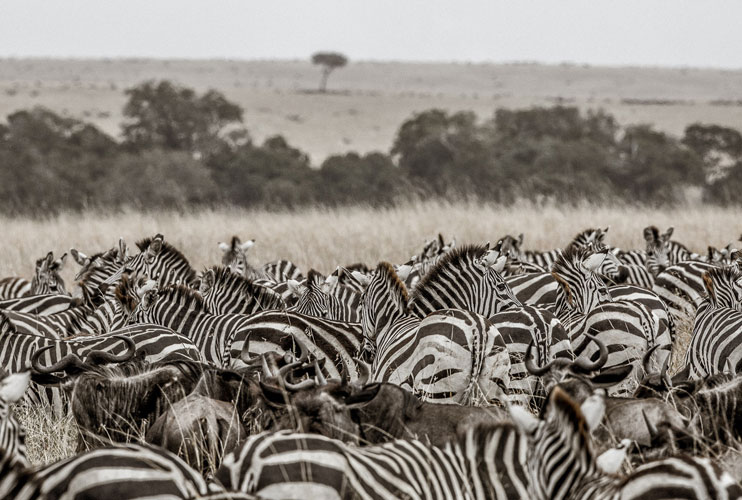 Approximately 200,000 zebra accompany the wildebeest on the search for greener pastures. ©Scott Ramsay

The symbiotic relationships don’t stop there. Carnivores are treated to rather a lot of fine dining at this time of the year. Watching a big cat on the hunt is pretty exciting stuff. 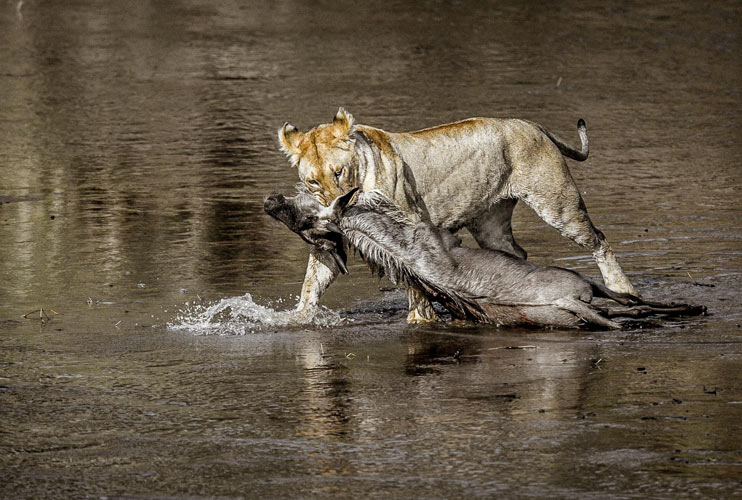 Scavengers also provide entertaining viewing. Keep your eyes peeled for the spotted hyena and black-backed jackal lingering in the shadows. It’s fascinating to see the savannah pecking order played out – the odd brave character trying to sneak in on the action before being spied and rapidly put in their place. 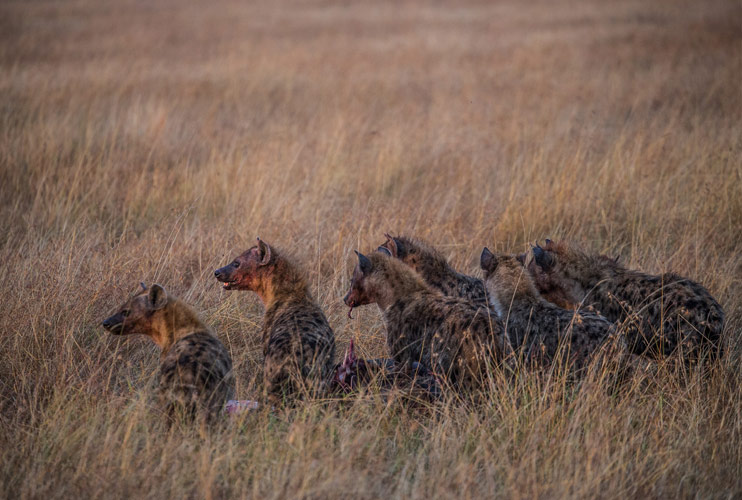 Look up, too, and you’ll probably see one the Mara’s six species of vulture circling above. True kings of the carcass, watching their chaotic frenzy of feasting on a kill is quite a show. The Lappet-faced vulture, the largest of all the species, is particularly hilarious. Its long meaty thighs covered in white feathers look like pantaloons against the rest of their black coat. Their deliberate, slow-paced walk, dipping their head with their wings slightly raised is comical to watch. 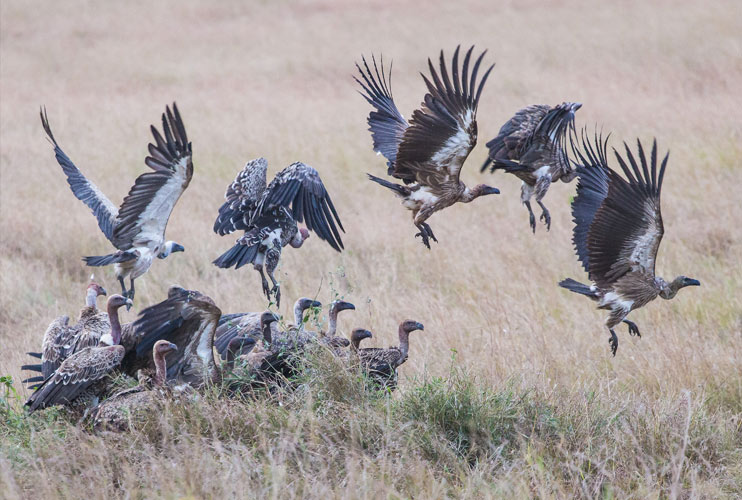 The great migration safari season in the Mara is enthralling. A cacophony of sounds, a diversity of patterns and the visceral smells of the savannah is a true feast for all senses. If you are thinking of witnessing this epic phenomenon, then get in touch to start planning your trip to Kenya.