WATER TOWER TO THE NATION

The misty realms of the mountainous Aberdare National Park hold an alluring ‘Lord of the Rings’ quality. From the lichen-hung forests and bamboo thickets of the lower slopes to the giant heather zones and dew-drenched grasses of the upper moorlands, the vegetation is incredibly diverse. 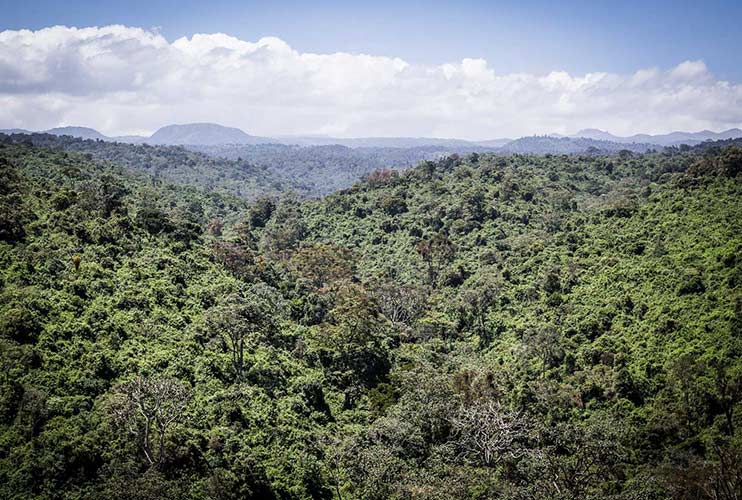 Every tree has a role in catching the rainfall which flows into the rivers. ©Scott Ramsay

As one of the lesser visited National Parks in Kenya, the Aberdare Mountains are a solitude lover’s haven. It is also one of the few parks in which hiking and fishing are permitted, making it an ideal retreat for lovers of the outdoors who want to encounter nature close up. 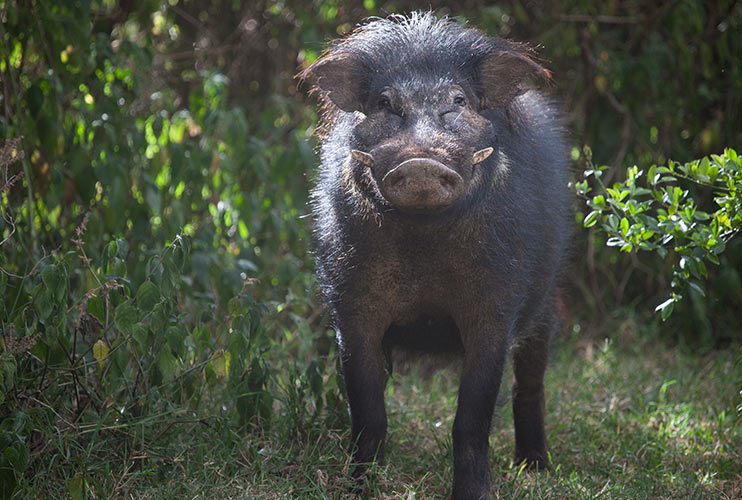 Look out for the Giant Forest Hogs who thrive in the dense forest environment.

Located just north of the equator, The Aberdare Mountain Range is a volcanic massif running seventy kilometres down the centre of Kenya. Its highest peaks rise over 4,000 metres above sea level, and it contains Kenya’s tallest cascade, which plummets 305 metres down a rocky gorge. Most significantly, this mountain range supports Kenya’s largest indigenous forest, and so in 1951, an area of 776 square kilometres was designated as a National Park. 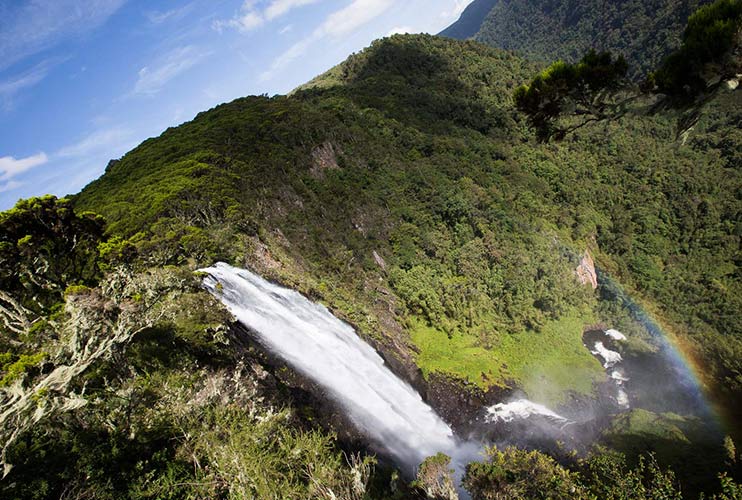 Icy and clear, the unpolluted streams and springs of the Aberdares are the source of most rivers in Kenya. The highest areas receive up to 3000 millimetres of annual rainfall. In fact, the mountain ecosystem is known as a ‘water tower’ because it is such a vital catchment area, supplying the capital city of Nairobi and millions more with fresh water. Each and every tree plays a crucial role in catching and generating the rainfall which flows into the rivers. 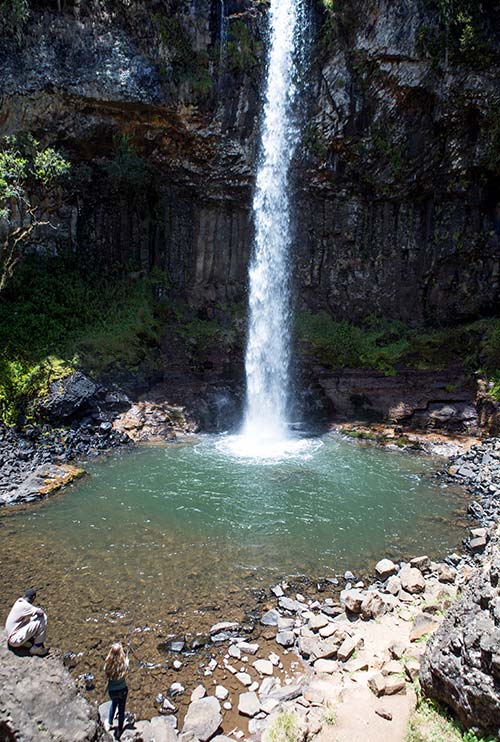 Take a short walk through the forest to the magnificent Chania Falls.

A haven of biodiversity

Majestic fig trees, giant lobelias and deep moss-covered ravines; the botanical richness of the Aberdare Mountains is astounding. It also offers incredibly rewarding wildlife sightings, with rarely seen species such as the African wild dog and giant forest hog making appearances. Home to around 2,000 elephants, it is the only place on earth other than Mount Kenya where these gentle giants live above 3000 metres. It is also inhabited by Colobus monkeys, endangered black rhinos and the extremely rare mountain bongo.  Predators include leopard, hyena and jackal, and you can spot over 250 bird species. 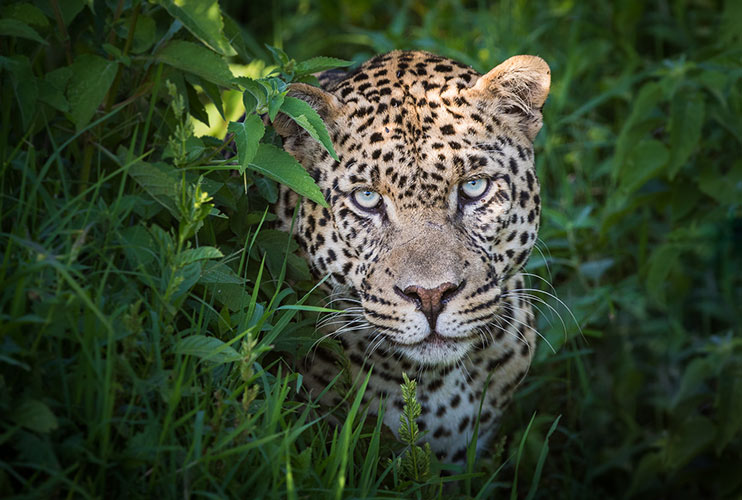 Keep your eyes peeled for the elusive leopard. ©Scott Ramsay

The forested slopes of the Aberdare Mountain Range are certainly one of Kenya’s national treasures. From Solio Lodge, the park is within easy reach and makes a very worthwhile day trip. If fishing is your thing, then the clear trout-filled rivers are a real draw. Don’t worry if not, like picnicking, ambling and game-spotting in the spectacular terrain is enough in itself. After all, it was fit for a Queen – it was while on holiday in the Aberdares in 1952 that Princess Elizabeth discovered she had become Queen of England! 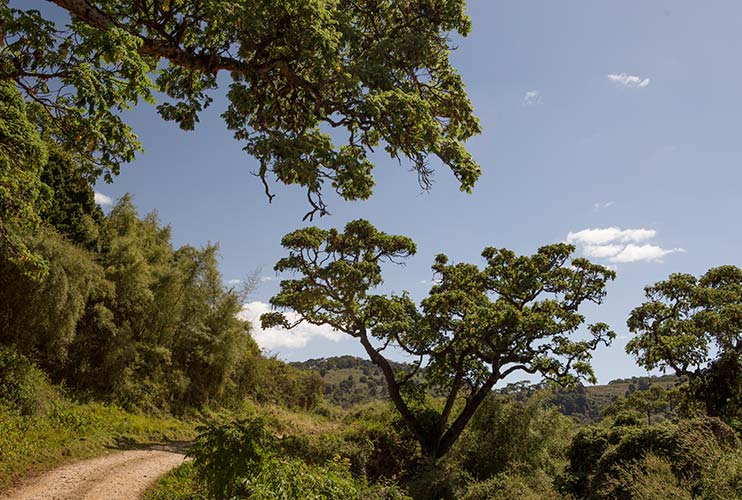 Follow the winding roads and look out for the incredible wildlife and majestic trees that inhabit this forest. ©Scott Ramsay

Today is International Day of Forests, and we feel grateful for the life-giving water provided by the trees of the Aberdare Mountains. We need our forests just as much as they need our protection.