The trials and tribulations of motherhood are tough. Nowhere is this truer than in the African wilderness, where wild mothers face some of nature’s most hostile conditions. 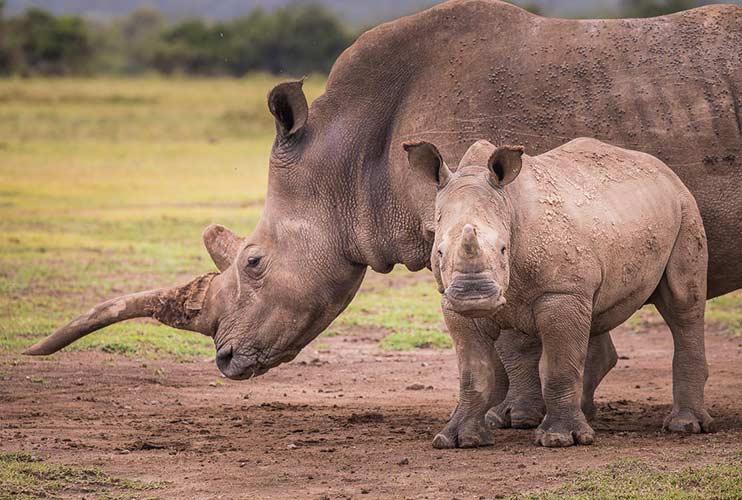 Today is Mother’s Day and we would like to celebrate some of our favourite mums of the savannah. 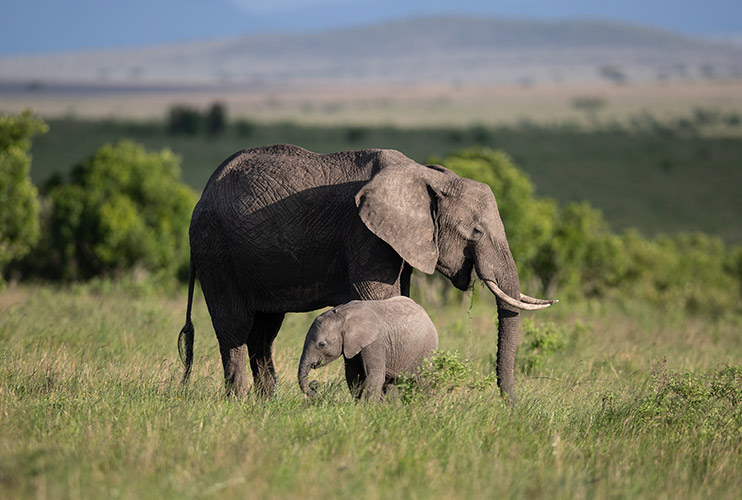 Female elephants help each look after each other’s calves.

After an eight-month gestation period, many hippos choose to give birth underwater. Mothers must nudge their newborns to the surface for their first gasp of air. Highly protective of their babies, new hippo mums will not leave the water to graze (as most hippos do each night) for several days. Calves stick close to their mums, snoozing on their backs as they wade. Cleverly, they can close off their ears and nostrils to suckle whilst submerged underwater. This nurturing bond remains strong for up to eight years when hippos reach maturity. 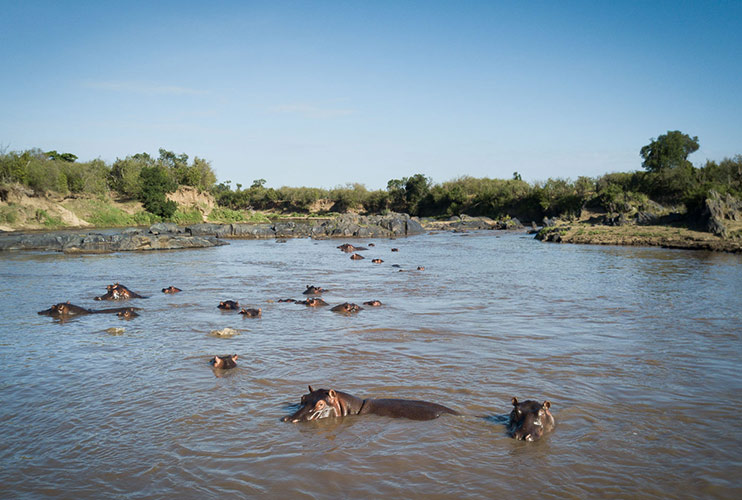 Highly protective of their babies, new hippo mums will not leave the water to graze.

Baby giraffes have a somewhat abrupt entrance to the world, falling five foot from their mothers who give birth standing up! At six foot high, they are definitely the loftiest new-borns on the savannah and can be up on their hooves within thirty minutes of being born. Giraffe mums club together to form creches, uniting their babies and taking it in turns to watch over them. These long-legged ladies have childcare totally nailed! 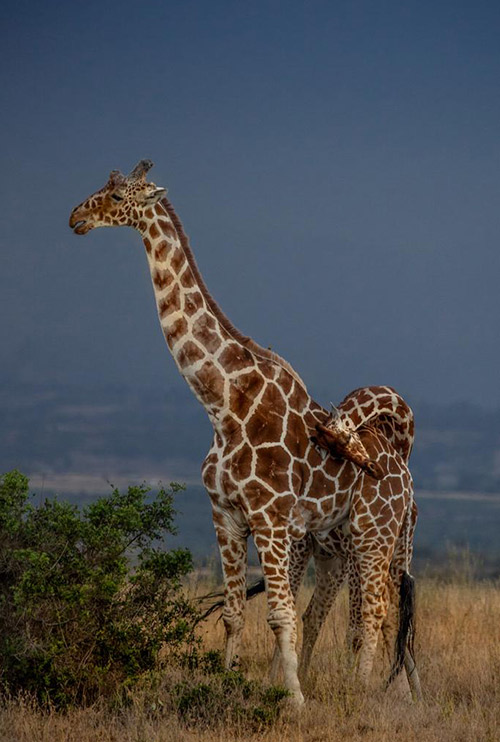 Mother and calf at Solio Lodge.

Porcupine mothers have one of the more traumatic sounding births, as their babies are born fully quilled! But it’s not quite as bad as it seems, as the quills are soft and rubbery, to begin with, hardening into sharpened weapons only after one to two hours. Complications can occur if they come out backwards though. The babies, known as ‘porcupettes’ stay with their mum for six months. 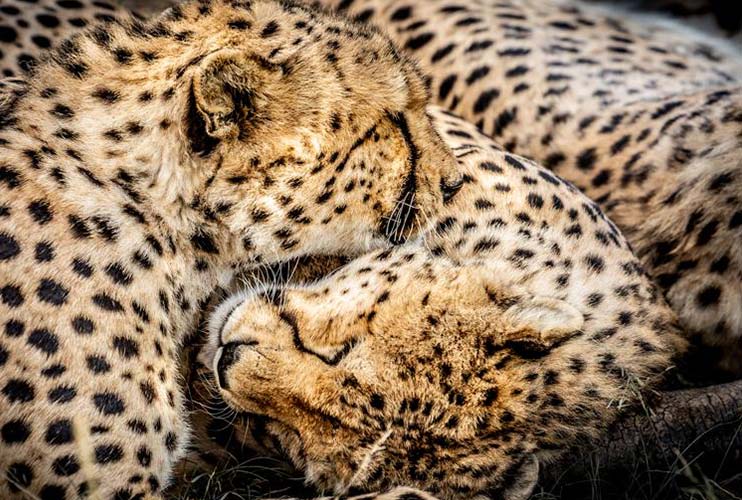 Ying and Yang, a mother cheetah and her son.

Female cheetahs spend years raising cubs. Born helpless and blind, cheetah cubs are totally dependent on their mothers. Not only are cheetah mums sole carers, but unlike giraffe, elephant and hippo, they can have up to five or even eight babies at a time, (three to four is average). Forward planning is vital for these feline mums, who scout out several dens in which to hide cubs in prior to giving birth. Once her litter is born, she will move them every few days to avoid detection from lions and hyenas. Tirelessly teaching the cubs every survival skill they might need, she will share her kills with them until they are totally independent, sometimes for up to two years. 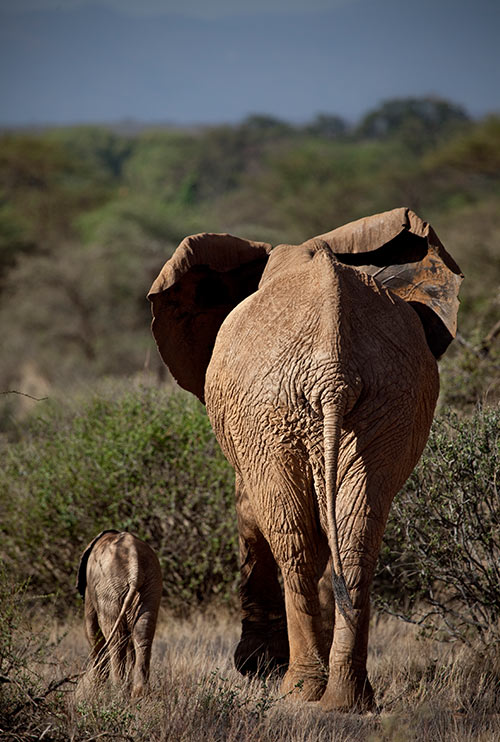 Elephants have the longest pregnancy of any mammal (22 months)!

With the longest pregnancy of any mammal (22 months) and the biggest babies on earth (averaging 200 pounds), we can certainly take our hats off to elephant mums. They remain devoted to their calves for years, constantly nurturing and protecting them until they are around 16 years old. Elephant calves are lucky, as they enjoy the love and protection of large matriarchal groups; aunts, cousins, sisters and grandmothers all share in bringing them up in a system known as ‘allomothering’. Knowledge passed down the generations in these groups is vital to elephant survival, which is sadly why orphaned elephants stand so little chance alone in the wild. In the elephant world, mothers really do know best. 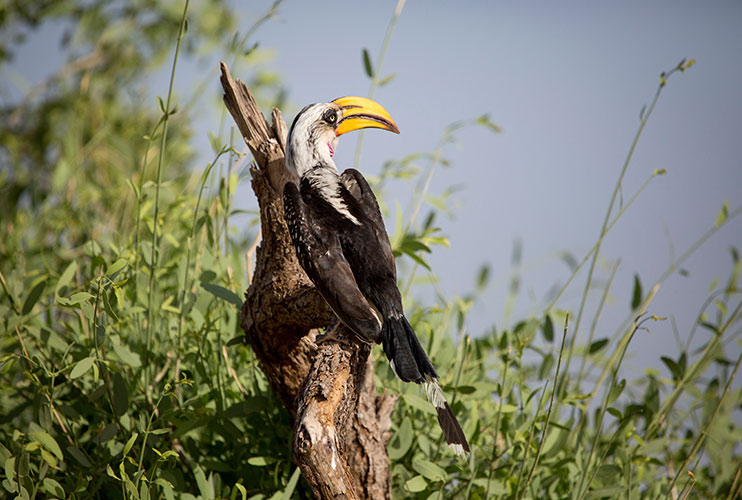 The female (and male) hornbill bird goes to incredible lengths to protect her young.

The female hornbill bird goes to incredible lengths to protect her young from predators, hiding away in a sealed dark hole! Having found a suitable hollow tree trunk or rock crevasse, she will close the entrance with a mud wall, leaving only a tiny half-inch crack through which she can receive food. Whilst incubating her clutch and protecting the young chicks, she will remain sealed in her nest for three to five months. We must also give a shout out to the male hornbill at this point, upon whose constant food deliveries the whole family’s survival depends! 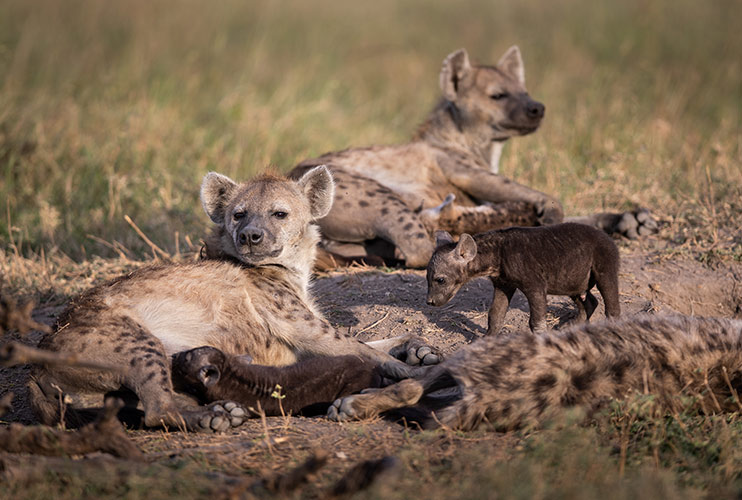 Childbirth is tricky for hyena mums. Spotted hyena cubs are the largest carnivoran young relative to their mothers’ weight.

A mother’s love is a powerful force and the bond between a mother and infant certainly transcends the species.

THANK YOU to mothers everywhere, wild and otherwise, for your unfaltering courage, dedication and tirelessness.