Happy World Rhino Day! On this day we celebrate these endangered species and those that have dedicated their lives to protecting them. We are incredibly lucky because at two of The Safari Collection’s properties our guests are able to observe and enjoy abundant black & white rhino at Solio Lodge in Laikipia and the more elusive black rhino at Sala’s Camp in the Masai Mara. 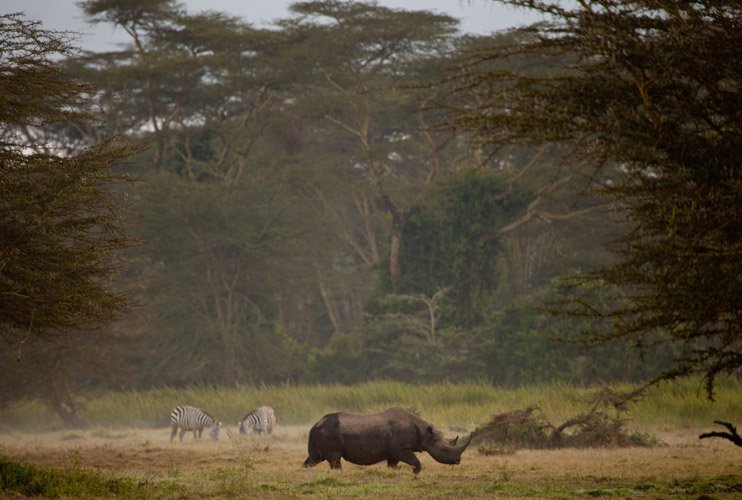 It is estimated that there were once over a million black rhinos in Africa. There are now approximately 5000 remaining and they are considered critically endangered. Kenya is one of the few countries with significant populations of black rhino and the largest naturally occurring group is in the Masai Mara National Reserve. 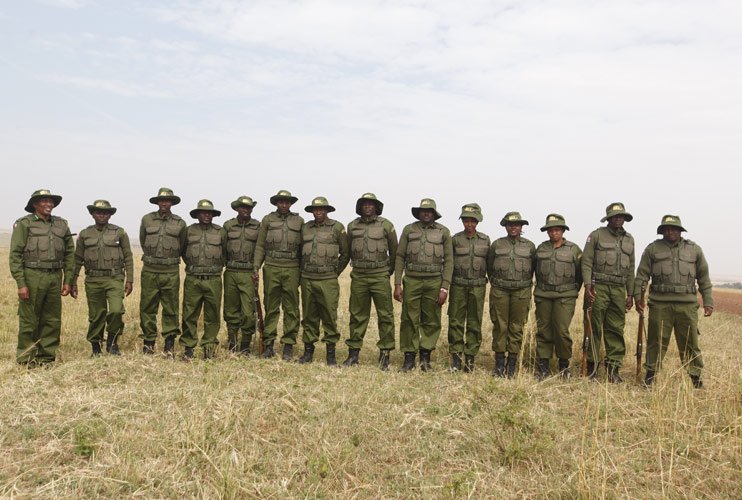 American Rhino made a donation of kit & equipment to the Masai Mara Rhino Ranger Team!

There are between 35-50 black rhino in the Masai Mara at any one time (many traverse into the Serengeti as well). Sala’s Camp is located on the edge of a dedicated black rhino sanctuary within the isolated southern Masai Mara and many of them are frequently seen in the area around Sala’s along the Sand River. We are lucky to see black rhinos on approximately 30% of our game drives and it is not unheard of for them to walk right in front of the tents treating our guests to a very special viewing. 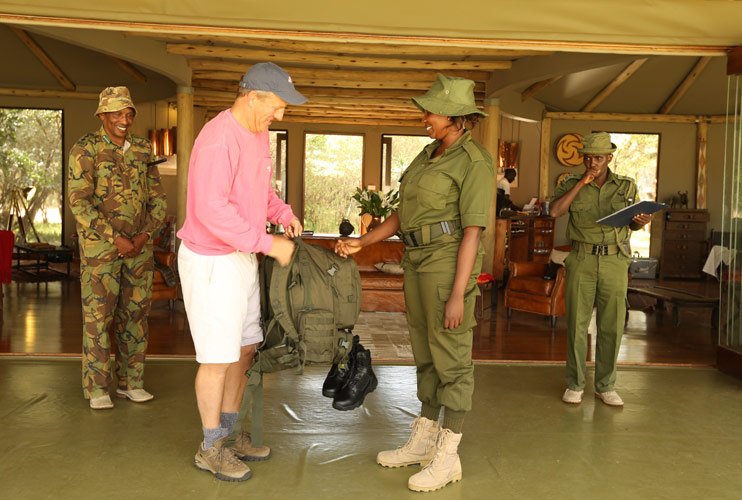 To protect the rhino in our area we are very lucky to have a wonderful team of rangers who monitor them daily and ensure that they are well protected from poachers.

One of the most important elements to maintaining an effective ranger force is to nurture and build moral. And one of the best ways to ensure that our rangers feel valued in their work is to provide them with the very best equipment that they need to carry out their vital work. 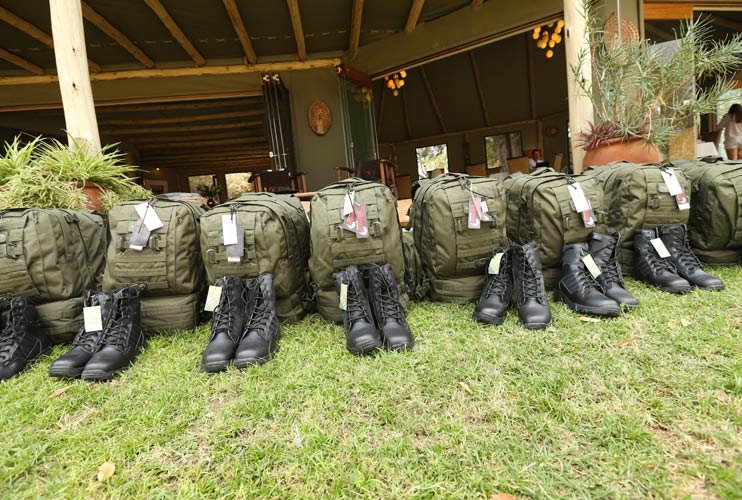 In July, to celebrate World Ranger Day, our amazing friends at the apparel company American Rhino, in conjunction with Specialised Safaris, made a donation of kit & equipment to the Masai Mara Rhino Ranger Team worth US$ 25,000. The kit included a complete set of new uniforms and boots for every ranger, rucksacks, sleeping bags and webbing. American Rhino held their presentation at Sala’s Camp where the rangers came to receive their new kit with big smiles on all faces. 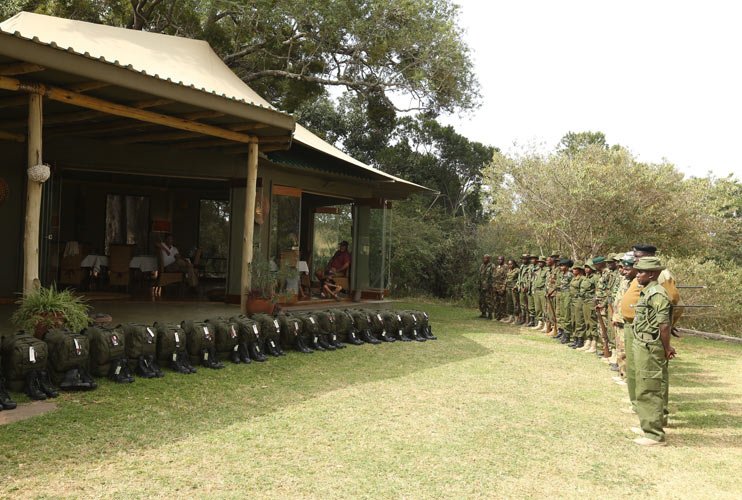 American Rhino is an apparel company in the United States that raises money through sales for their foundation in order to support conservation groups in East Africa. Samson Lenjir, the Chief Park Warden of the Masai Mara, is thrilled about the funding and donations…

‘I am so happy to be able to work with American Rhino. We are lucky to have such compassionate friends in the US’ 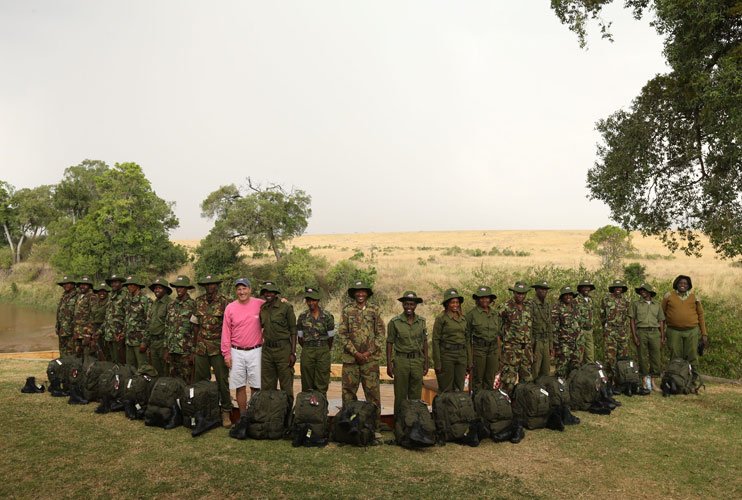 Thank you Chris Welles for your support!