Green Season in Kenya is aptly named; from March to May the long rains quench thirsty soils bringing an explosion of lush flora and vivid flowers. Grasslands are rejuvenated to a verdant green and the landscape injected with a new lease of life. 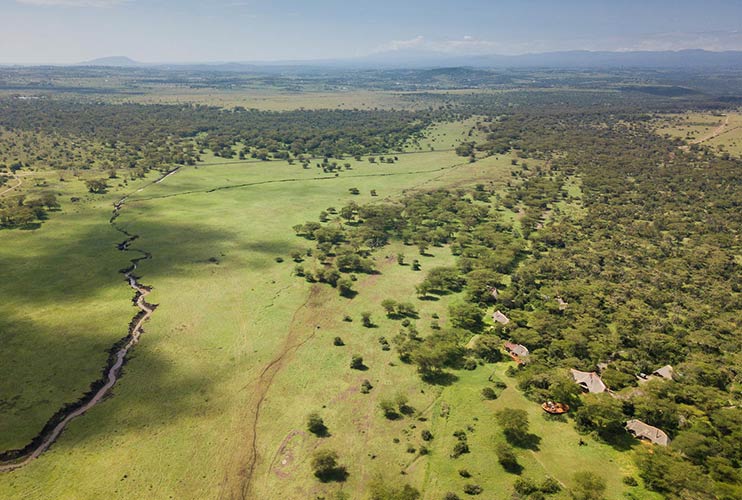 Sky view of Solio during the rainy season.

There are many untold secrets to ‘safari-ing’ in the green season. Often overlooked as a less favourable time to venture into the African bush, if you know where to go, it can be incredibly rewarding.

And don’t let the mention of rainy season fool you. We won’t deny that there will be rain, but it is a far cry from the grey drizzle of the northern hemisphere at this time of year. The equatorial climate makes for sunlit mornings and hot days. Humid mornings usually build up to dramatic afternoon downpours, leaving crisp air in their wake. 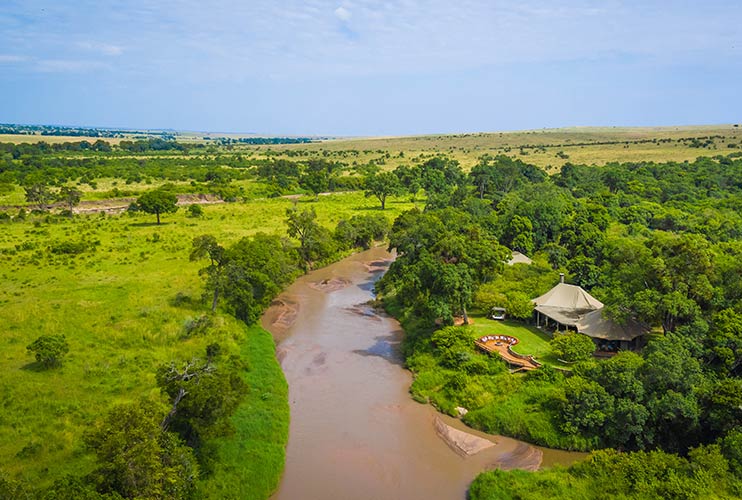 The Sand River is a seasonal river and flows during the rainy season.

Everyone comes out to dry after a storm! From rainbow-coloured agama lizards to majestic birds of prey drying their wingspan atop acacia trees. You’ll find the forests and savannahs teeming with life. Abundant fresh pasture and water draw huge herds of zebra, buffalo, wildebeest and varied antelope species. 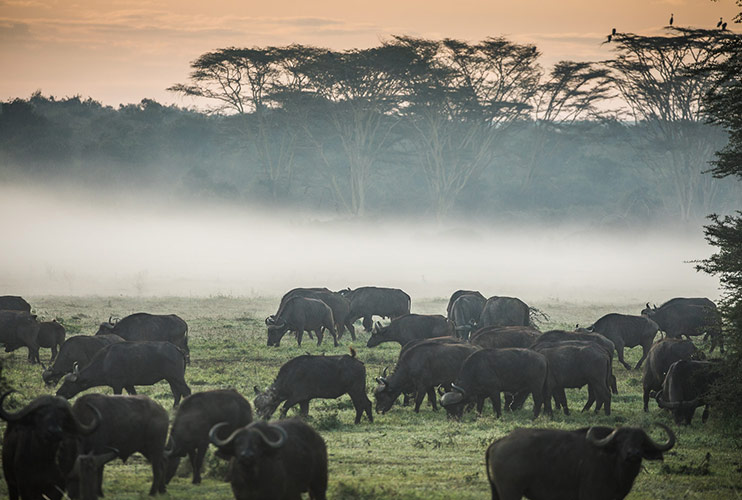 A large herds of buffalo feast on the fresh grass at Solio.

It is also a time when many animals choose to give birth. Fawns, foals, calves and cubs make for memorable sightings and tense predator action. Northern migratory birds flock to East Africa in search of warmer climes and butterflies swarm the blossoming plains. 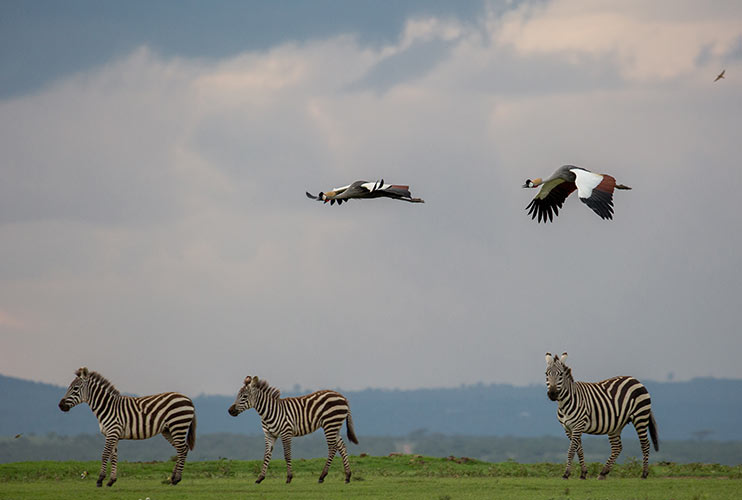 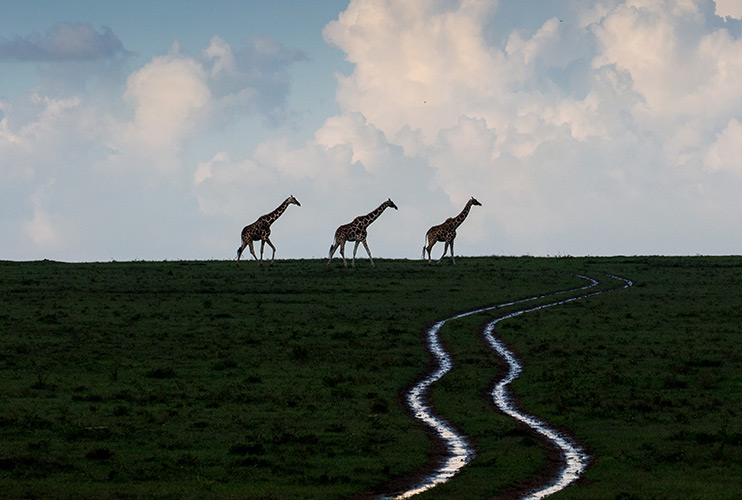 If looking through the lens is your thing, then the green season is a wonderful time of year. Crisp, rain-washed air provides excellent light for capturing moody skies and cloud-stacked sunsets. Our Cultural Photographic Safari guided by professional photographer Robin Moore, can help you to maximise your artistic flair and frame your shots to perfection. Each of our lodges become different worlds at this time of year: capture crystal clear views of Mount Kenya at Solio Lodge; the life-giving vigour of the Ewaso Nyiro River in full flow below Sasaab; pops of colour on the typically muted Samburu scrubland; and abundant wildlife activity on the newly bounteous plains at Sala’s Camp. 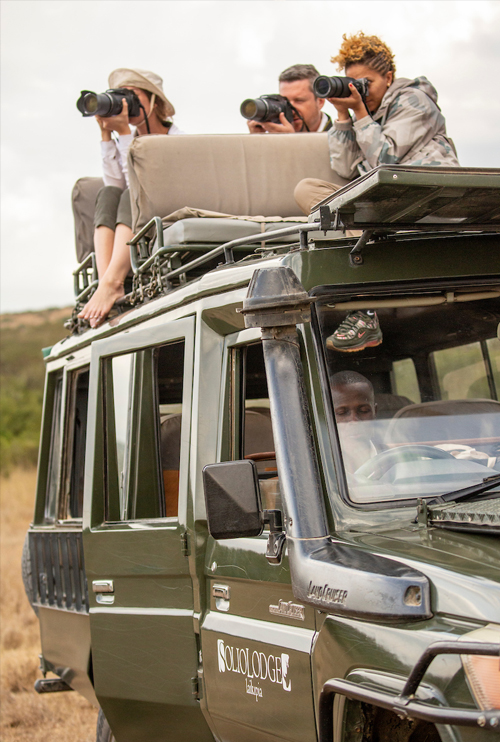 Best of all, a safari during green season gives you a more intimate and exclusive wilderness experience at a discounted rate, making it rather refreshing in more ways than one.

Please take a look at our tempting 2020 Green Season Safari and get 35% off your accommodation.