Intelligent, compassionate and extremely family orientated. Elephants are nothing less than remarkable. Did you know that they have the largest brain of all land animals and that the matriarchs are able to guide their herds’ hundreds of miles in the dry season to watering holes visited decades before? An elephant never forgets!

‘They, who have suffered so much at the hands of humans, never lose the ability to forgive, even though, being elephants, they will never be able to forget’- Daphne Sheldrick 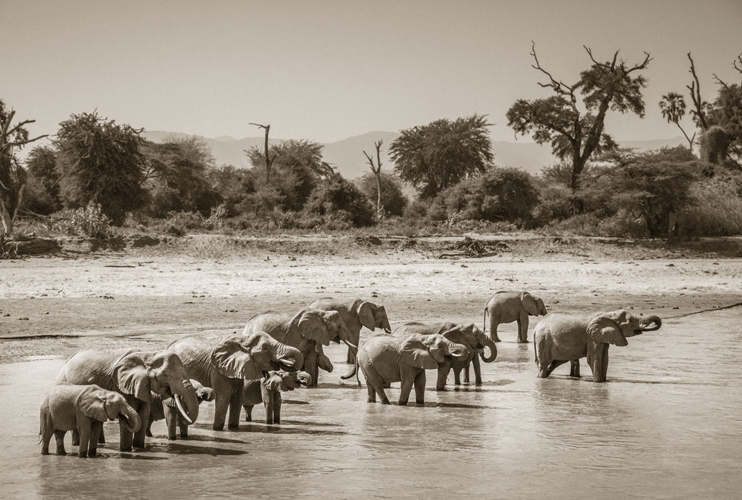 The noise of an elephant trumpeting is well known all over the world. However, in May this year, scientists working in Samburu, found that elephants also communicate with each other by thumping the ground with their huge feet to create vibrations, inaudible to the human ear. 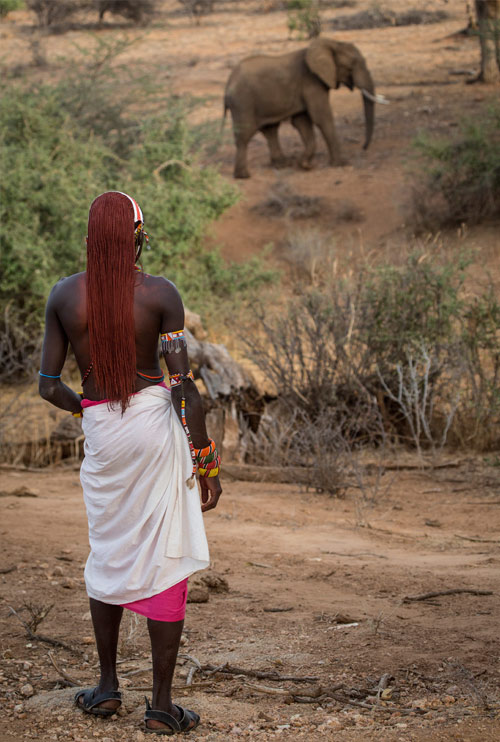 Elephant populations are under threat from habitat loss and ivory poaching. Tragically, in the last decade, the world’s elephant population has dropped by almost a third, with more than 20,000 being killed every year. That’s around 55 elephants a day. 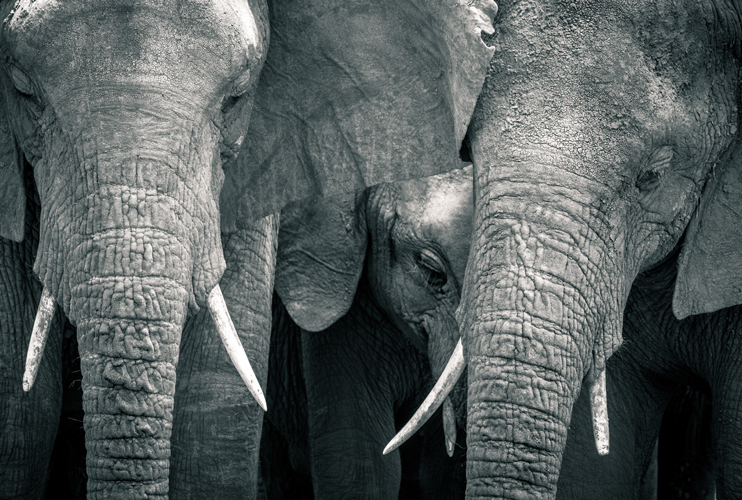 Illegal hunting for the commercial ivory trade is largely responsible for the elephant’s demise.

Female elephants have the longest pregnancy of any mammal, carrying their young for nearly two years. In May this year, a 38-year-old elephant in Kenya’s Amboseli National Park gave birth to twins, which has not happened since 1980! Less than one per cent of elephant births result in twins, so this was quite a special moment. 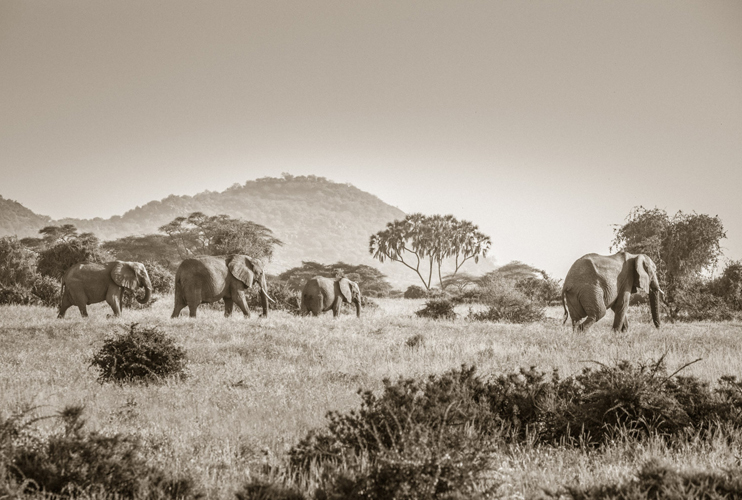 Elephants walk in single file when they move and calves will sometimes hold on to the mothers tail with their trunk to keep up. ©Scott Ramsey

In Kenya, conservation efforts have seen the elephant population begin to increase. The David Sheldrick Wildlife Trust (DSWT) has saved and raised 230 orphaned elephants to date, 150 of which are now living back in the wild. One lucky elephant is Enkesha, who was found last February in the Masai Mara with a severed trunk from a snare. Suffering excruciating pain, she underwent a three-hour surgical trunk reconstruction and is now one of the noisiest and greediest members of the Nairobi orphanage! 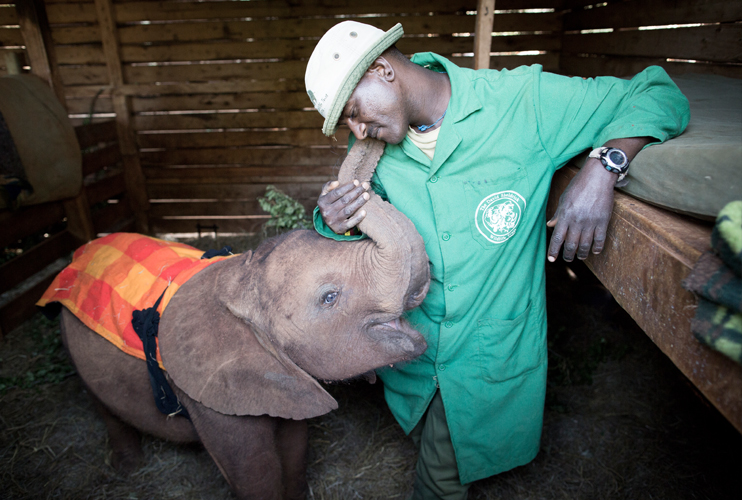 Orphaned elephants at DSWT are being raised by keepers. These keepers spend day and night with the baby elephants and even sleep nearby.

Optimism for the future of elephants can also be taken from initiatives such as Reteti Elephant Sanctuary in Northern Kenya, which was set up last year. It is the first ever community run elephant sanctuary in Africa and empowers local Samburu women as the keepers. So far, Reteti has rescued (and mostly returned to the wild) 30 elephants. Most importantly, it has ignited a change in attitude within the local community who are moving away from seeing the elephants as ‘giant pests’, towards recognising the benefits of protecting them. The local Samburu now proudly stand guard against poachers – an uplifting glimmer of hope. When staying at Sasaab our guests can take a short 30-minute charter flight to the Reteti Sanctuary to meet the orphaned elephants and the incredible rangers protecting them on the ground.

If you have ever had the privilege of being within close proximity to elephants in the wild, then you will understand what an intensely moving and magical experience it is. An encounter with these majestic beasts is certainly one for the bucket list and can be made a reality when staying at Sala’s Camp, Sasaab and Giraffe Manor. 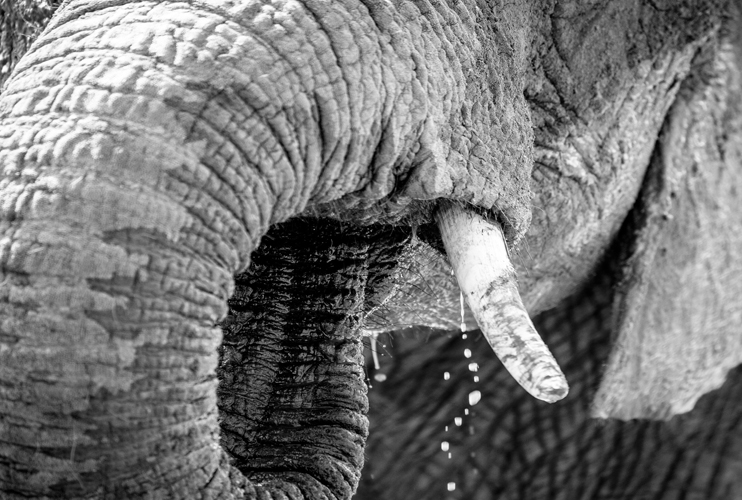 An elephant’s trunk contains over 40,000 muscles

By supporting eco-tourism in countries where wild elephants live, tourists can help elephant conservation efforts. When staying at Giraffe Manor guests must be sure to visit DSWT and adopt an elephant. Visitors at Sasaab Lodge are lucky enough to be in one of the best places in the world to see herds of wild elephants – Samburu National Reserve. Guests at Sala’s will see herds of elephants roam the rolling Mara plains where the population has increased by approximately 72% since 2014.