Sala’s Camp is one of the top locations in Kenya (even in Africa) to see the endangered pangolin, perhaps the most unusual and elusive creature to spot whilst on safari.

Illegal trade in South Asia, however, has made these scaly mammals the most trafficked animal on earth, with some estimates claiming that sales now account for up to 20 per cent of the entire wildlife black market. 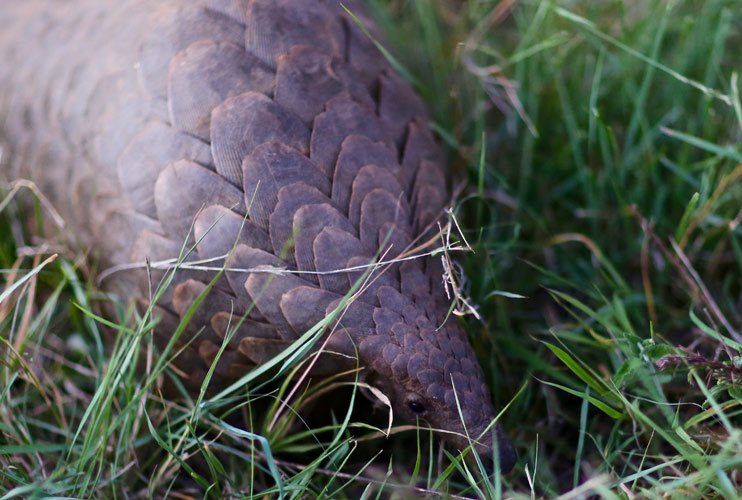 ‘Relative to their body size, pangolins have very small eyes. Because of their poor eyesight they have a strong sense of smell and hearing’

The pangolin feeds predominantly on ants and termites, which is sucks up using a specially adapted tongue. When fully extended, a pangolin’s tongue can be over 40cm long!

The pangolins precious scales, which protect it from predators, are made from keratin. This is the same material as rhino horn and fingernails and in Maasai culture these scales have traditionally been used to make love potions. The scales are also used in traditional Chinese medicine and are dried and roasted as a method of relieving palsy. As a result, pangolin scales can sell on the black market for over US$ 3,000 a kilogram, and have even been used to make coats. 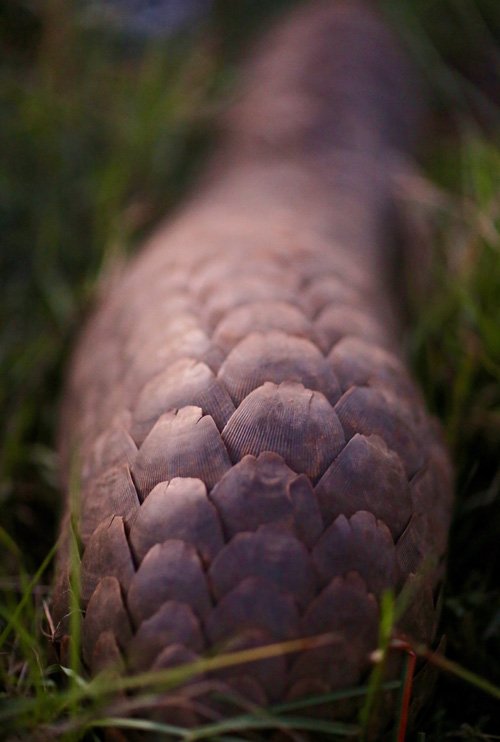 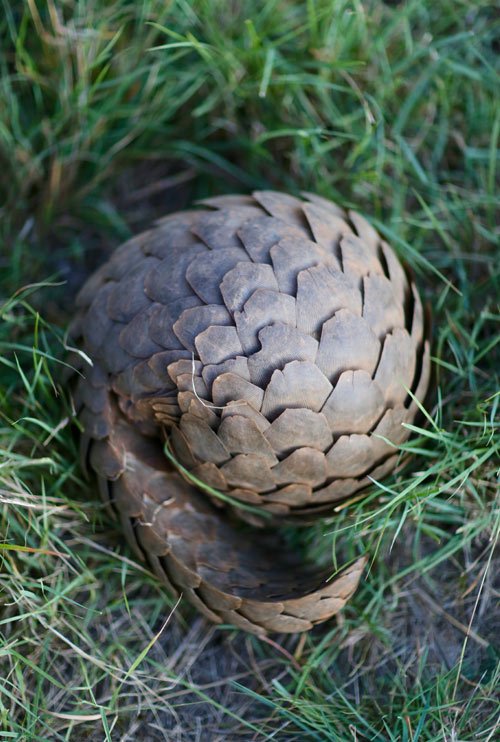 The pangolin rolls into a tight ball when threatened ©Paolo Parazzi

Pangolins are sexually dimorphic, meaning the genders differ vastly in weight. Most male pangolins are up to 50 per cent heavier than females. The female give birth to a single pup, which travels on its mother’s back or tail and slips underneath her tummy when alarmed. The pangolin is a mind boggling, marvellous mammal and we feel very lucky to see this creature so often!