Embarking on a shared journey of discovery to a mysterious, remote and enchanting continent is an intimate and unforgettable experience. Nothing speaks more of romance than a safari into the wilds of Africa; a voyage of untamed wilderness, colourful tribes, traditional ways of life and incredible wildlife encounters. 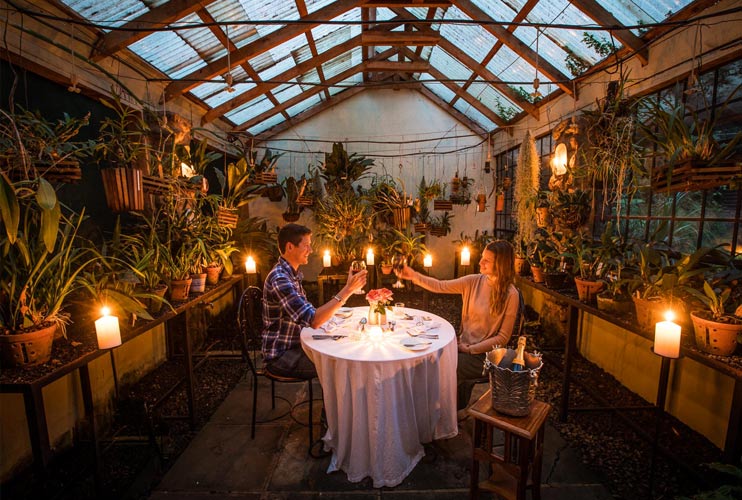 However, when it comes to wooing the opposite sex in the animal kingdom, moonlit dinners and champagne sunsets just don’t cut it! On the vast and untamed Kenyan savannahs, mating rituals get a little more outlandish as bachelors face fierce competition to out-charm their rivals. As in the human world, there are winners and losers, and not everyone has what it takes! 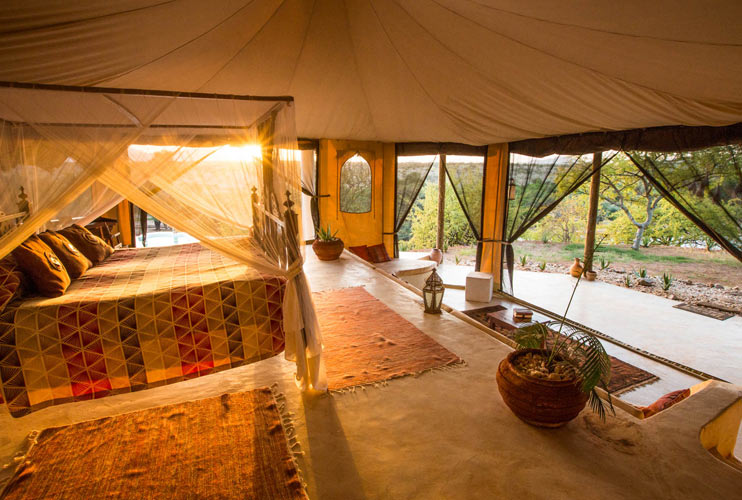 Dazzling mating displays are the norm in the bird world of East Africa. The magnificent lilac-breasted roller found in the Masai Mara actually takes its name from its courtship aerobatics. Sweeping through the air at high speed, males perform a series of loops, twists and dives while rolling over or making a fast rocking motion. At the same time, raucous calls ensure that he does not go unnoticed. With all that effort, it’s lucky that lilac-breasted rollers mate for life. 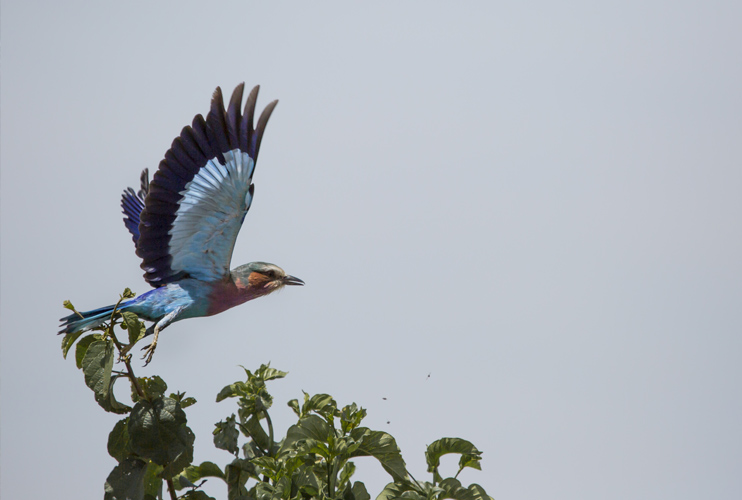 On the plains surrounding Solio Lodge, long-tailed widowbirds go to exhausting lengths to attract a mate. In a test of endurance, they leap high into the air, rearing their heads above the long grasses and singing their hearts out to captivate passing females. Whoever jumps the highest and lasts the longest usually wins the girl! 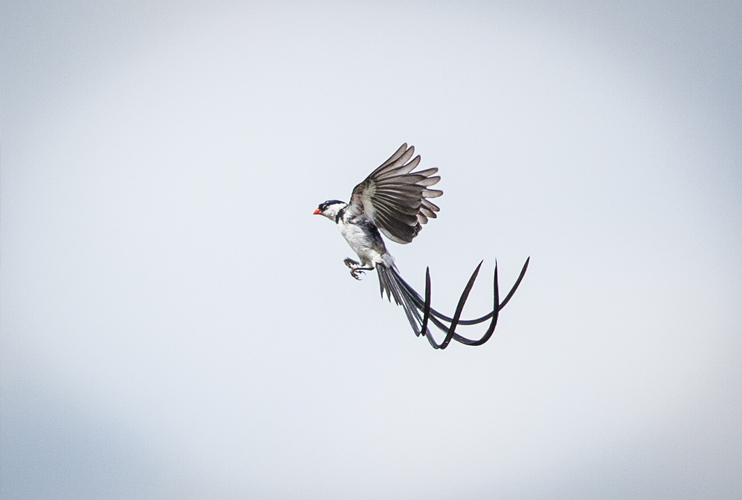 On the Laikipia Plateau, the resident male rhino population must act quickly when the opportunity to mate arises, as females only produce a calf every two to five years. Laying the groundwork is vital, and males carefully mark their territory with dung ‘middens’ before courtship. When a female comes on heat, tension mounts and brutal battle scenes ensue as nobody wants to give up the fight. Females select a mate and whistle to commence a period of flirting. A violent game of cat and mouse plays out, with biting and butting for up to twenty days – rhinos like to play hard to get! 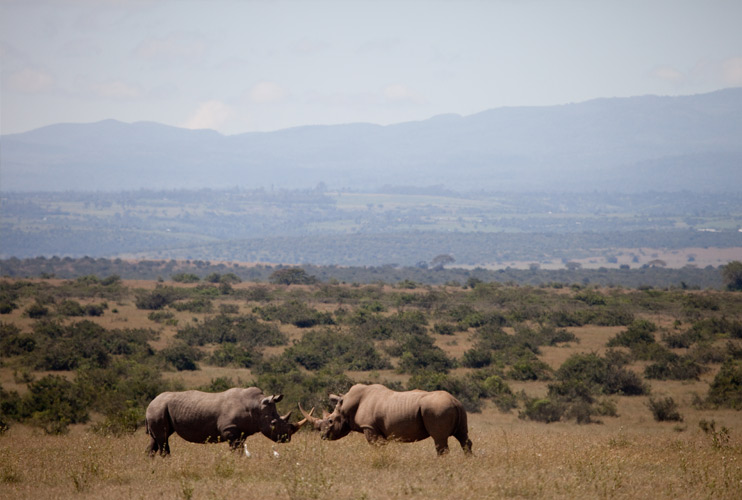 One particularly classy fellow is the hippopotamus, whom you might meet during a game drive at Sala’s Camp. Positioning himself within good view of potential lovers, he begins twirling his tail at high speed like a propeller, flinging faeces far and wide. Apparently, the females go wild for the aroma! 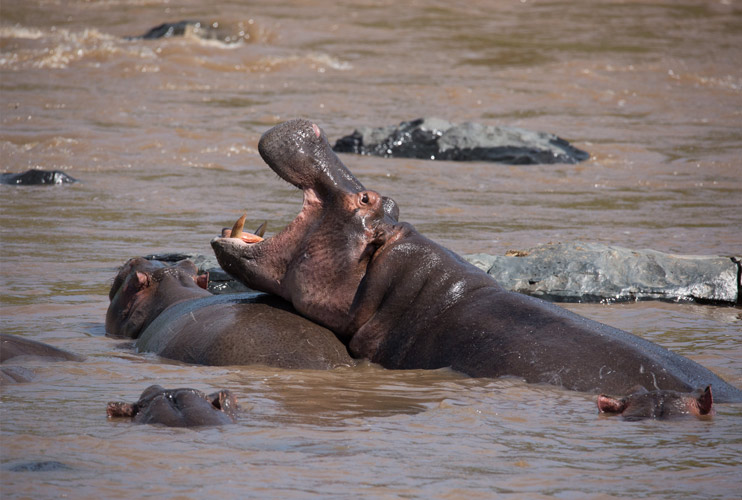 Male giraffes have their very own version of the human arm wrestle to prove their masculinity and worthiness. It’s called ‘necking’ and looks rather like an elaborately choreographed dance. In fact, they are forcing their necks together as hard as they can until one weakens and surrenders, leaving the triumphant male to stalk his female. To help decide whether she is up to the job or not, he will drink the female’s urine! 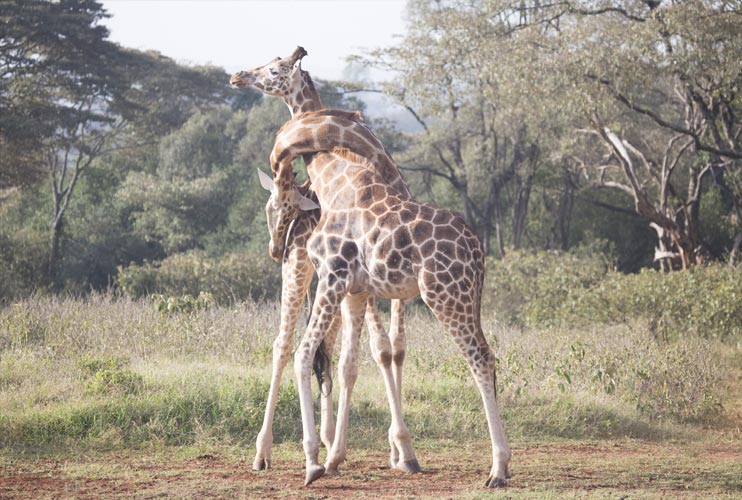 The large elephant herds found roaming the arid lands around Sasaab are perhaps the most chivalrous daters of the savannah, spending weeks wooing members of the opposite sex. An elephant never forgets, and gentlemanly acts of kindness such as food deliveries and cooling sprays of water do not go unnoticed. When a bull goes into musth (increasing testosterone levels by as much as six times and secreting an aromatic fluid from their temporal glands), they attract females with a low-frequency rumble. A flirtatious game of tag ensues with romantic caressing of trunks occurring before the act itself takes place. 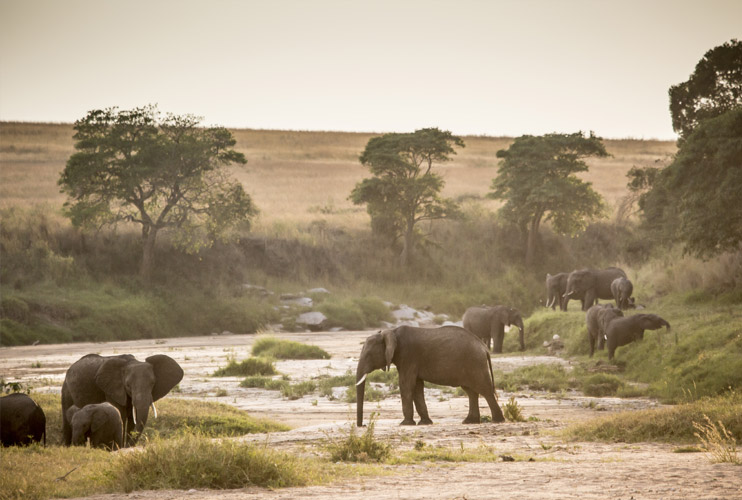 The mission to find love is never ending in the animal kingdom and affection is often expressed in weird and wonderful ways!

Venture to Kenya and discover the whimsical peculiarities of mother nature for yourself. Being cocooned in the wilderness far away from everyday life will bring a tingling excitement, a sense of other-worldliness and a thrilling romance.